Trump: Japan will invest $40 billion in US car factories

1
Introducing the next generation of the internet: the metaverse
2
Canadian company files bankruptcy due to an arms embargo on Turkey
3
Google's parent Alphabet reports better-than-expected quarterly profits
4
US to appeal refusal to extradite Assange in UK court
5
Indigenous demonstrators block roads to protest fuel prices in Ecuador

US President Donald Trump on Saturday said at a rally that Japanese Prime Minister Shinzo Abe told him Japan is investing $40 billion in new car factories in the United States.

Trump had pressed Abe to have Japanese automakers produce more vehicles in the United States, according to a readout of their recent meeting provided by the US ambassador to Japan on Saturday.

"We talked about the need to see more movement in that direction but I think the president feels very positive that we will see such movement because all the economics support that," said Ambassador William Hagerty.

Toyota, Japan's largest automaker, said last month it would exceed a 2017 pledge to invest $10 billion over five years with a new commitment to reach nearly $13 billion over that period.

Trump has prodded Japanese automakers to add more jobs in the United States as the White House threatens to impose tariffs of up to 25 percent on imported vehicles, on the grounds of national security.

Trump on Friday said it is possible that the United States and Japan could reach a new bilateral trade deal by the time he visits Tokyo in May, but he and Abe cited areas where they differ on trade.

"We want to ensure that the US has trading terms with Japan that are no less favorable than any other nation," Hagerty said in a phone call with reporters.

He added that Trump is planning to attend the summit of the Group of 20 industrialised nations set to take place in Osaka, Japan in June.

Separately, Trump was optimistic trade talks with China would be successful, the ambassador said. 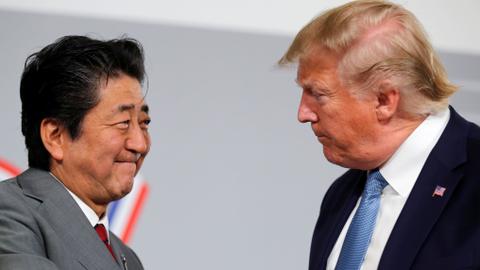 Trump, Abe say US and Japan have agreed in principle on trade deal 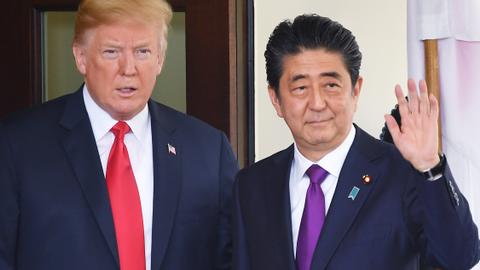 1
Introducing the next generation of the internet: the metaverse
2
Canadian company files bankruptcy due to an arms embargo on Turkey
3
Google's parent Alphabet reports better-than-expected quarterly profits
4
US to appeal refusal to extradite Assange in UK court
5
Indigenous demonstrators block roads to protest fuel prices in Ecuador