The boom in streaming has revived the music business in recent years. Despite the strong growth, sales are still below levels from before the advent of the internet, which devastated the music industry as fans flocked online.

The US music industry on Wednesday reported soaring growth in the first half of the year as streaming subscriptions reached 30 million and long-sagging CD sales levelled out.

The boom in streaming – which allows unlimited, on-demand listening online – has revived the music business in recent years, but the latest figures were especially strong.

Streaming revenue grew by nearly half and now accounts for 62 percent of the market. The growth is led by paid services such as Spotify, Apple Music and Tidal, with subscriptions shooting past 30 million.

In another bright point, physical sales declined a marginal one percent – not the major drops of previous years – as CDs slipped only slightly, and vinyl kept up its rebirth.

The biggest drop in sales was in downloads on iTunes and other services as fans instead turn to streaming.

Despite the strong growth, the association said that sales were still below levels from before the advent of the internet – which devastated the music industry as fans flocked online.

The industry group also reiterated its charges that YouTube takes advantage of loopholes to pay too little back to artists and their labels. 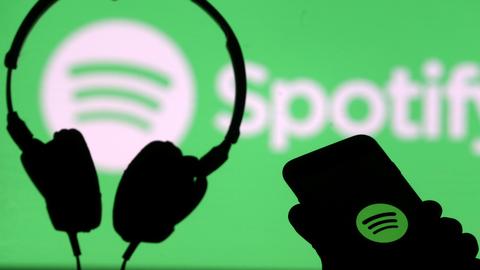