Armenia on Thursday scrapped an agreement it signed with Turkey in 2009, claiming it turned out to be a failed attempt to normalise relations between the two countries, the Armenian president's press service said.

"As a result of discussions, President Serzh Sargsyan signed a decree and a national security council approved a procedure of annulling protocols which have been signed on October 10, 2009," the press service said in a statement.

The press service quoted Sargsyan as saying that Armenia did everything "not to leave the burden of the settlement of relations between Armenia and Turkey on the shoulders of future generations."

Sargsyan claimed that Ankara did not "even make a single step" towards ratification and implementation of protocols. He added that Armenia was ready to cooperate with Turkey in the future, if "there would be the same willingness."

What were the protocols about?

The protocols needed parliamentary approval in both countries, but was never ratified.

Ankara previously said Ankara submitted the protocols to the Grand National Assembly of Turkey for approval.

Ankara added that in order to show Turkey's commitment to establishing good neighbourly relations with Armenia, it introduced numerous unilateral confidence-building measures to help restore confidence between Turkey and Armenia without giving details.

However, a similar constructive approach was not seen from the Armenian side, it said.

Nagorno-Karabakh was occupied by Armenian secessionists as the Soviet Union broke up in the late 1980s. 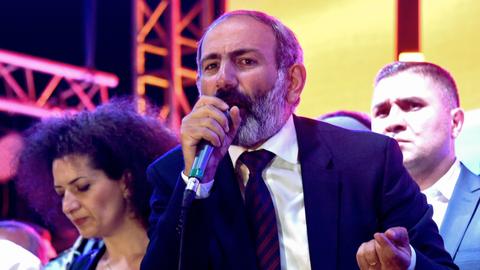