British lawmakers blocked an attempt by Prime Minister Boris Johnson to hold an early general election on December 12, as he sought to break the political deadlock over Brexit.

Britain got Brexit breathing space but no clarity on Monday when the European Union granted a three-month delay to the UK's departure from the bloc, postponing it until Jannuary 31.

British politicians immediately began using the extra time to do what they have done for more than three years: bicker about Brexit.

Prime Minister Boris Johnson pushed for an early election as a way of breaking the political deadlock over the country's stalled departure from the EU, only to be rebuffed by lawmakers.

Legislators voted by 299-70 for Johnson's motion to hold a December 12 election — short of the two-thirds majority of the 650 members of parliament needed for it to pass.

Still, an election appears inevitable well before the next scheduled one in 2022 if Britain is to move on from the stasis caused by a prime minister who vowed to deliver Brexit "do or die" and a parliament that has repeatedly thwarted him.

Johnson said he would try again on Tuesday, using a different procedure: a bill, which only needs a simple majority to pass.

"We will not allow this paralysis to continue, and one way or another we must proceed straight to an election," Johnson said.

Earlier, he had accused his opponents of betraying voters' decision to leave the EU by thwarting the government's Brexit plans.

He said that unless there was an election, the government would be "like Charlie Brown, endlessly running up to kick the ball only to have parliament whisk it away."

"We cannot continue with this endless delay."

Yet further delay stretched ahead after the EU agreed to postpone Brexit until January 31, acting to avert a chaotic UK departure just three days before Britain was due to become the first country ever to leave the 28-nation bloc.

After a short meeting of diplomats in Brussels, European Council President Donald Tusk tweeted that the EU's 27 other countries would accept the UK's request for a "flextension." Under the terms of the agreement, the UK can leave before Jannuary 31 — on December 1 or January 1 — if the British and European parliaments both ratify a Brexit divorce agreement.

The EU27 has agreed that it will accept the UK's request for a #Brexit flextension until 31 January 2020. The decision is expected to be formalised through a written procedure.

It's the third time the Brexit deadline has been changed since British voters decided in a 2016 referendum to leave the bloc.

The decision was welcomed by politicians in the UK and the EU as a temporary respite from Brexit anxiety — but not by Johnson, who said just weeks ago that he would "rather be dead in a ditch" than postpone the UK's leaving date past October 31.

In the end, the choice was not in his hands. The UK Parliament forced Johnson to ask for a delay to avoid a no-deal Brexit, which would hurt the economies of both Britain and the EU.

In a letter to Tusk, Johnson said that under UK law "I have no discretion to do anything other than confirm the UK's formal agreement to this extension."

But he called the delay "unwanted" and said it was "imposed on this government against its will."

Johnson urged the 27 other EU countries "to make clear that a further extension after 31 January is not possible."

Johnson took office in July vowing to "get Brexit done" after his predecessor, Theresa May, resigned in defeat. Parliament had rejected her divorce deal with the bloc three times, and the EU had delayed Britain's scheduled March 29 departure, first to April, and then to October.

Johnson has faced similar political gridlock, as parliament blocked his attempt to push through his Brexit deal before the October deadline and made him ask the EU for more time.

Johnson hopes voters will give his Conservative Party a majority if there is an election, so that he can push through the divorce deal he struck with the EU and — finally — take Britain out of the bloc.

Opposition parties also want an election, though not on Johnson's terms.

Kirsty Blackman of the Scottish National Party said her party favored a slightly earlier Dec. 9 vote and "we will not be dancing to Boris Johnson's tune on this."

The main opposition Labour Party said it would study the government's bill before deciding whether to back it.

"We look forward to a clear, definitive decision that no deal is absolutely off the table and there is no danger of this prime minister not sticking to his word," said Labour leader Jeremy Corbyn.

There's also a strong chance an election could produce a parliament as divided over Brexit as the current one. All the political parties are worried about a backlash from grumpy voters asked to go to the polls at the darkest, coldest time of the year. Britain has not had a December election in almost a century.

Guy Verhofstadt, head of the European Parliament's Brexit group, wrote on Twitter that whatever Britain ultimately decides to do, "the uncertainty of Brexit has gone on for far too long."

"This extra time must deliver a way forward."

France had resisted another extension to Brexit, but European Affairs Minister Amelie de Montchalin said the prospect of a new election in Britain justified the new delay. Montchalin also said it was not too late for Britain to revoke Article 50 of the EU treaty and cancel Brexit, something that Johnson has vowed he will never do.

"The prime minister can pick up his phone and call Brussels to say, 'I stop everything,'" she said. 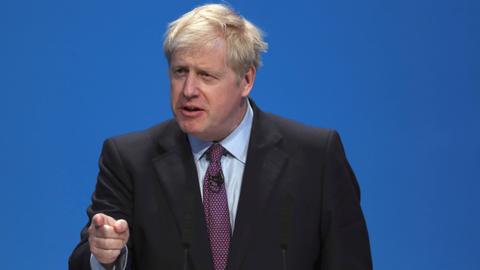 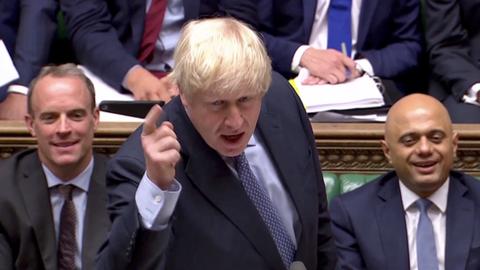