Khan, who became the first Muslim to head a major Western capital after his victory in 2016, saw off his main challenger, Shaun Bailey, the candidate from Prime Minister Boris Johnson's Conservative Party.

Khan became the first Muslim mayor of a Western capital when first elected in 2016.

He won a second term with just over 1.2 million votes, edging over Bailey who gained 977,601 votes in Thursday's poll. Turnout was lower than at the previous election, at 42 percent.

The 50-year-old politician's victory was one of the bright spots for the main opposition Labour party after a largely desultory showing in local elections on Thursday.

In his victory speech Khan said that during his second term he would be focusing on "building bridges between the different communities" and between city hall and the government.

He said he wanted "to ensure London can play its part in a national recovery" and to "build a brighter greener and more equal future" for the capital.

Khan campaigned on a promise of "jobs, jobs, jobs", bidding to keep London on its perch as a top world city while tackling the crisis and the fallout from Brexit, which could threaten the capital's vital financial sector.

Thank you London. It’s the absolute honour of my life to serve the city I love for another three years.

I’ll leave no stone unturned to get our city back on its feet.

A brighter future is possible, and we’ll deliver it together. pic.twitter.com/kwA1awEten

Khan has made a name for himself as a vocal critic of Brexit and of successive Conservative prime ministers, including his mayoral predecessor Boris Johnson – as well as for a feud with former US president Donald Trump.

The pair became embroiled in an extraordinary war of words after Khan criticised Trump's controversial travel ban on people from certain Muslim countries.

In a series of bizarre attacks, Trump accused Khan of doing a "very bad job on terrorism" and called him a "stone cold loser" and a "national disgrace".

Entering his first term, Khan vowed to focus on providing affordable homes for Londoners and freezing transport fares, but saw his agenda engulfed by the pandemic.

He is London's third mayor after Labour's Ken Livingstone (2000-2008) and Johnson (2008-2016), and there is widespread speculation he could try to follow in his predecessor's footsteps to Downing Street.

In his victory speech, Khan referred to his humble origins, growing up in public housing in an ethnically mixed residential area in south London.

"I grew up on a council estate, a working class boy, a child of immigrants, but I'm now the Mayor of London," he said, describing himself as "a Londoner through and through". 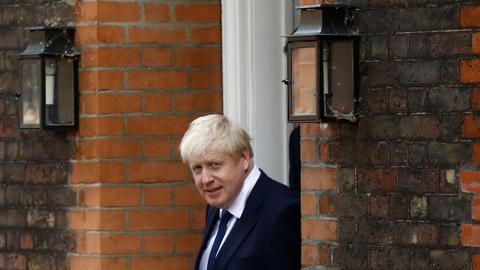 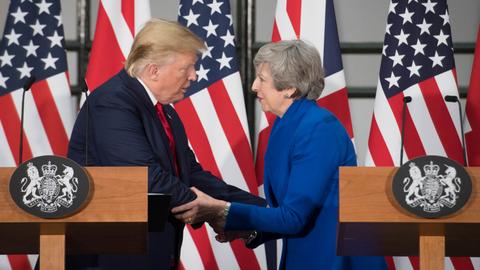