Thousands of supporters of opposition leader Alexey Navalny hit the streets of Moscow and other cities to protest his detention as President Putin vows "quick and tough" Russian response for its foes.

President Vladimir Putin has warned the West against "crossing the red line" with Russia, in a major annual speech that the opposition hoped to tarnish with mass protests at which some 1,500 people were reportedly detained.

Thousands of supporters of jailed Kremlin critic Alexey Navalny took to the streets of Moscow and other cities on Wednesday after Putin delivered his annual state of the nation address, with police detaining nearly 1,500 protesters, according to a monitoring group.

The protesters are demanding that Navalny, who launched a hunger strike three weeks ago, be freed or at least given proper medical treatment after his doctors said his health was failing and he could die "at any minute".

AFP journalists saw large crowds gathered in Moscow and Saint Petersburg, though not on the scale of pro-Navalny demonstrations seen earlier this year, when tens of thousands rallied and thousands were arrested.

OVD-Info, a group that monitors protests and detentions, said 1,496 people had been arrested, including 662 in St. Petersburg and 95 in the Urals city of Ufa.

The West has backed the calls for Navalny to be freed and provided with medical care, one of a litany of disputes that have raised tensions with Moscow to new highs.

In the speech, Putin said Moscow would respond swiftly and harshly to moves against its interests.

"The organisers of any provocations threatening the fundamental interests of our security will regret their deeds, more than they have regretted anything in a long time," Putin said.

Putin unsurprisingly made no mention of Navalny in his speech –– he has always refused to use the name of his most prominent opponent.

He did however hit out at rivals abroad, with Moscow and Western capitals at loggerheads over a Russian troop build-up on Ukraine's borders and a series of espionage scandals that have resulted in diplomatic expulsions.

Putin said it had become "a new kind of sport" in some foreign capitals to blame Russia "for anything".

He said Russia wants good relations with everyone, but warned of an "asymmetrical, swift and harsh" response if that was seen as a weakness.

"I hope that no one will think of crossing the red line in relation to Russia. And where it will be –– we will determine that ourselves," Putin said.

Much of Putin's address was devoted to a slew of announcements of new social spending and aid to families, as the longtime leader looks to shore up support for his deeply unpopular United Russia party ahead of parliamentary elections in September.

'Navalny is trying to change the system'

Navalny's supporters were hoping to steal Putin's thunder with a series of mass protests starting from 7 pm in cities across the country.

Demonstrations took place in large cities in the Far East, the Urals and Siberia including Vladivostok and Novosibirsk.

Defying warnings and a huge police presence, the protesters in Moscow marched through the city centre near the Kremlin chanting "Freedom" and "Putin is a thief!".

Police said 6,000 people had gathered in the capital.

"This is a fight for the future -- we don't have any here," 51-year-old protester Andrei Zamyatin told AFP in central Moscow.

"Navalny is trying to change the system and is being punished for it."

Navalny was arrested when he returned to Russia in January after months recovering in Germany from a near-fatal nerve agent poisoning he blames on the Kremlin -- an accusation it rejects.

He was sentenced to two-and-a-half years on old fraud charges his supporters say were politically motivated and has been serving time in a penal colony about 100 kilometres (60 miles) east of Moscow.

Lots of people out in the streets of Moscow protesting against Putin for the torture of Navalny in prison https://t.co/f4GT0k6AUr

His health has been failing since he launched his hunger strike to demand proper medical care for a range of ailments.

The European Union and the United States have imposed sanctions on Russia over Navalny's poisoning, and on Monday threatened Moscow with further penalties in the event of his death.

A group of UN rights experts expressed alarm Wednesday over his deteriorating health.

"We believe Mr Navalny's life is in serious danger," they warned, calling on Russian authorities to allow Navalny "to be evacuated for urgent medical treatment abroad." 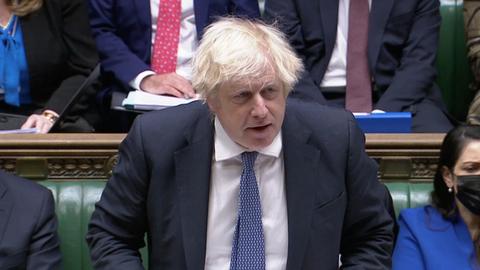