The "sophisticated cyberattack" came hours after the EU legislature designated Russia as a "state sponsor of terrorism" over its offensive in Ukraine.

The European Parliament website was targetted by a pro-Kremlin hacker group within hours of the 27-member bloc overwhelmingly voting to designate Russia a “state sponsor of terrorism”, the president of the institution has said.

“The European Parliament is under a sophisticated cyberattack. A pro-Kremlin group has claimed responsibility,” Roberta Metsola said in a tweet on Wednesday.

“Our IT experts are pushing back against it & protecting our systems,” she said.  “This, after we proclaimed Russia as a State-sponsor of terrorism. My response: SlavaUkraini (glory to Ukraine).”

The website was up again shortly after 1700 GMT, around two hours after the institution had reported the outage.

The @Europarl_EN is under a sophisticated cyberattack. A pro-Kremlin group has claimed responsibility.

Our IT experts are pushing back against it & protecting our systems.

This, after we proclaimed Russia as a State-sponsor of terrorism.

Parliament spokesman Jaime Duch also tweeted separately about the cyberattack.  "The availability of @Europarl_EN website is currently impacted from outside due to high levels of external network traffic. This traffic is related to a DDOS attack (Distributed Denial of Service) event.”

Distributed denial of service (DDoS) attacks work by directing high volumes of internet traffic towards targeted servers in a relatively unsophisticated bid by so-called “hacktivists” to knock them offline.

The move is largely symbolic, as the European Union does not have a legal framework in place to back it up. At the same time, the bloc has already imposed unprecedented sanctions on Russi a over its invasion of Ukraine.

In the lopsided 494-58 vote with 48 abstentions, the EU legislature sought to increase pressure on Moscow to bring anyone responsible for war crimes committed from the February 24 start of the invasion before an international court. 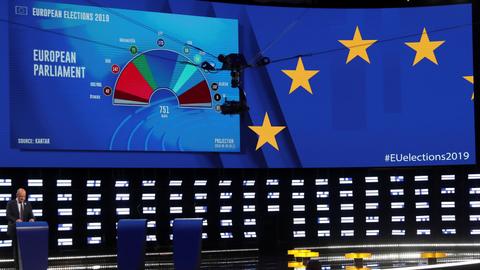 Support ebbs for governing parties in core of European Union