More than 40,000 demonstrators in Vienna took to the streets after the Austrian government decided to impose a lockdown last month as several thousand in the Dutch town of Utrecht protest against restrictions that began last weekend.

Tens of thousands of protesters have marched through several northwest European cities to demonstrate against coronavirus restrictions imposed amid a surge in infections.

Around 1,200 police officers deployed on Saturday for a march on Vienna's central Ring boulevard, and a 1,500-strong counter-protest, both allowed under the terms of Austria's lockdown.

Some of the more than 40,000 demonstrators carried signs reading: "I will decide for myself", "Make Austria Great Again" and "New Elections" - a nod to the political turmoil that has seen three chancellors within two months.

Austria last month became the first country in Western Europe to reimpose a lockdown, which is set to last 20 days, and said it would make vaccinations mandatory from February.

In the central Dutch town of Utrecht, several thousand demonstrated against restrictions that began last weekend.

It was the first major demonstration in the Netherlands against the measures, which include a nighttime closure of bars, restaurants and most stores to stem a wave of Covid-19 cases that is threatening to overwhelm the healthcare system.

Two weeks ago, there were violent protests after the Dutch government announced plans to ban most unvaccinated people from bars, restaurants and other public places.

"We are against having no freedom (to decide what happens to) our own body," Utrecht demonstrator Marit van Hunen said.

The plans face strong opposition in parliament and have not been enacted yet.

In the German financial capital, Frankfurt, police broke up a demonstration of several hundred people for failing to wear masks or maintain social distancing, using batons and pepper spray after they were attacked by a group of protesters.

And in Berlin, where a new government is set to take office within days, small groups gathered to protest after a large demonstration was banned.

German politicians broadly condemned a protest by opponents of coronavirus restrictions that took place late on Friday outside the home of Petra Koepping, health minister in the eastern state of Saxony, which currently has Germany's highest infection rate. Some said it smacked of Nazi-era intimidation. 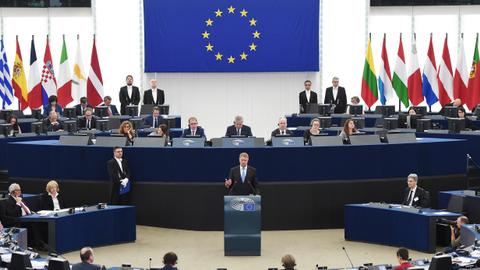 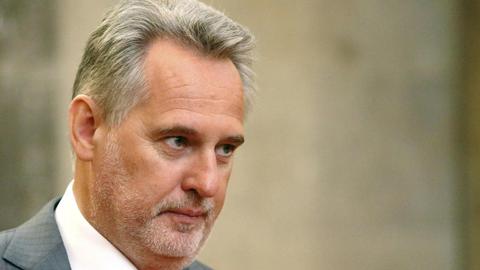