Far-right terrorist attacks have increased by 320 percent over the last five years alone throughout Europe, North America and Oceania.

Islamophobia, xenophobia and the rise of the far-right in Europe have resulted in a wide spate of bloody terror attacks targeting Muslims and immigrants.

While there are too many to count, we’ve listed some of the deadliest, most recent attacks to give context to how commonplace they have become.

German officials recorded more than 70 attacks on mosques from 2012 to 2014. In 2016 alone, 91 mosques were attacked, with only one arrest made in connection.

On October 9, 2019, a mass shooting took place near a synagogue and kebab stand in Halle, Saxony-Anhalt, Germany, leaving 2 dead and 2 others injured. Stephan Balliet, the gunman carried out the attack due to anti-Semitic, antifeminist and racist beliefs which he live-streamed for 35 minutes.

After the bombings, he went to Utoya island in a fake police uniform and began firing on people attending a political youth camp for the Worker's Youth League (AUF), a left-wing political party, killing 69 and injuring more than 110.

Overall, he killed 77 and injured at least 319. Anders Behring Breivik had written a manifesto, ‘2083: A European Declaration of Independence’ in which he accused Islam, multiculturalism, feminism and liberalism as a cause for the "cultural suicide" of Europe. He also claimed to belong to the Knights Templar, a historical organisation that fought successive Crusades against Muslims.

His actions would inspire Philip Manshaus who attacked the Al Noor Islamic Centre in Baerum, on the outskirts of Oslo, on August 10, 2019. Police would find that Manshaus held "far-right" and "anti-immigrant" views.

On 22 October 2015, a masked swordsman killed two and wounded another at Kronan School in Trollhattan. The attacker was 21-year-old Anton Lundin Pettersson, who targeted the school due to its high immigrant population. He would later be shot and killed by police in a stand-off. It remains the deadliest attack on a school in Swedish history. A teacher stabbed during the incident died of his injuries months later, raising the death toll to 3.

In February 2018, neo-Nazi Lega Nord member Luca Traini shot and injured 6 African migrants in the town of Macerata. He also targeted the local headquarters of the ruling Italian Democratic Party. Following the attack, Traini wore an Italian flag around his shoulders, and raised his arm in a facist salute.

In the 2019 Christchurch mosque shootings, Luca Traini’s name was written on one of the weapon clips, as a possible inspiration.

In June 2017, Darren Osborne drove a van at high-speed into a crowd leaving a mosque in Finsbury Park, killing one and injuring nine others. Darren Osborne was introduced to far-right publications from the English Defence League and Britain First Party (BF). The attack was classified as a homegrown terrorist attack. 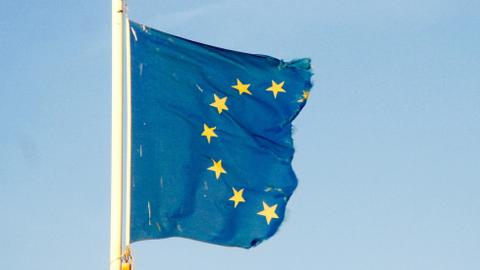