The third general election in three-and-a-half years, the emergence of the far-right, the Catalan crisis and other headlines. Here are the five main issues at stake in Sunday's early polls in Spain.

It's the third time since December 2015 that Spaniards are going to the polls.

And the risk of political gridlock remains just as strong.

Opinion polls estimate that outgoing Prime Minister Pedro Sanchez will win but his Socialist Party won't get a majority, far from it.

That means he will have to seek the support of other parties to govern.

This is likely to include far-left party Podemos, which polls say is losing ground, and regional groupings including -- possibly -- Catalan pro-independence lawmakers in the national parliament.

Sanchez has not discarded an alliance with centre-right Ciudadanos, even if the latter says it wants to "chase him from power."

A right-wing majority formed by the conservative Popular Party (PP), Ciudadanos and far-right party Vox is unlikely, according to the polls.

The instability that now governs Spanish politics harkens back to the 2015 elections that marked the end of a two-party system with the eruption of Podemos and Ciudadanos.

The result was political gridlock.

New elections were held in June 2016, with PP leader Mariano Rajoy finally taking power in October at the head of a minority government.

That's the big novelty of these elections.

Since the death of dictator Francisco Franco in 1975, Spain had been one of the few European countries with no far-right party to speak of.

That is likely to change drastically after Sunday's elections.

Vox, with its ultra-nationalist rhetoric, could make a dramatic entrance in the national parliament, gaining some 30 lawmakers out of 350, according to polls.

Among its candidates are retired generals who defend Franco's far-right regime.

Practically non-existent in opinion polls a year ago, Vox leapt onto the scene in December regional elections in Andalusia, taking nearly 11 percent of the vote.

Its support was key to helping the PP and Ciudadanos take power in the southern region that had traditionally been a socialist bastion.

After leading the socialists to one of their worst ever results in the last elections, Sanchez took power in June last year by ousting Rajoy with a no-confidence vote backed by Podemos, Catalan separatists and Basque nationalist lawmakers.

A year-and-a-half after a failed independence bid in the northeastern region of Catalonia shook Spain and Europe, the issue remains at the heart of Spanish politics.

In February, days after the start of a highly-anticipated trial of Catalan leaders over the 2017 secession attempt, pro-independence lawmakers forced Sanchez into calling early elections by refusing to back his 2019 budget.

Sanchez, who would rather not have to rely on them to form a majority if he wins, has reiterated his opposition to any independence referendum but has promised the region more autonomy.

The PP, Ciudadanos and Vox, which accuse Sanchez of "treason" for having attempted to negotiate with separatists, have repeatedly attacked him and Catalan pro-independence parties during their campaigns.

After suffering a severe recession and several years of austerity, Spain staged a strong economic recovery with three consecutive years of growth above three percent between 2015 and 2017.

At 14.7 percent in the first quarter of 2019, unemployment is the second highest in Europe after Greece, remaining Spaniards' main concern.

And even if unemployment has dropped over the past few years, many jobs created are temporary and badly paid. 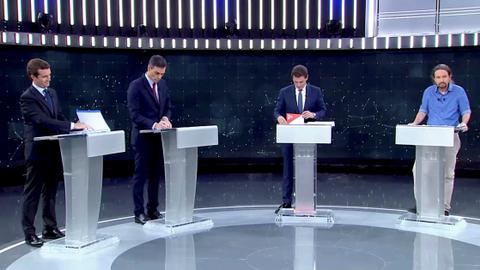 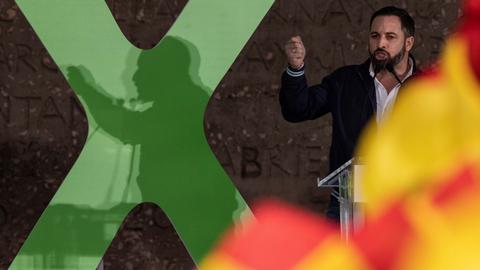