The protest was organised by groups of Romanians working abroad, angry at what they say is entrenched corruption, weak public administration and attempts by the ruling coalition to weaken the judiciary in one of the EU's most corrupt states.

Tens of thousands of demonstrators rallied peacefully against the ruling Social Democrat government in the Romanian capital of Bucharest on Saturday, on the one-year anniversary of a violent protest where riot police disproportionately used force.

The protest was organised and promoted by groups of Romanians working abroad, angry at what they say is entrenched corruption, weak public administration and attempts by the ruling coalition to weaken the judiciary in one of the European Union's most corrupt states.

The recent murder of a 15-year-old girl in southern Romania who was found 19 hours after she called emergency number 112 three times has further incensed protesters over authorities’ slow response times.

More than 20,000 people, both from the diaspora and from within Romania, rallied outside government headquarters in scorching temperatures, waving Romanian and European Union flags and demanding the Cabinet's resignation.

"Anyone who takes care of things knows that cleaning must happen, be it a house, a garden or a country," said Octavian Traian Gatuna, a farmer from the northwestern Romanian town of Baia Mare, who travelled 14 hours to attend the protest.

"I'm here to ... help draw attention to the fact that this country must be cleaned up."

Peaceful protests have been a staple of the last 2 1/2 years since the ruling Social Democrats came to power and enforced a series of legal changes that are seen as threats to judicial independence and have raised concerns in the EU, the US State Department and among thousands of local magistrates.

The only violent protest occurred on August 10, 2018, when riot police repeatedly fired tear gas into the crowd and were shown beating non-violent protesters holding their hands up. More than 400 people required medical assistance.

Prosecutors have opened an investigation into the handling of the protest by authorities but the case remains unresolved a year later.

An estimated 3 million to 5 million Romanians are working and living abroad, the World Bank has said, up to a quarter of the EU state's population, ranging from day labourers to doctors. 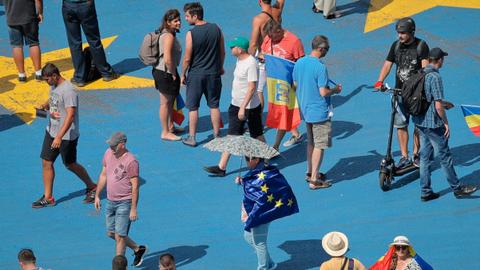 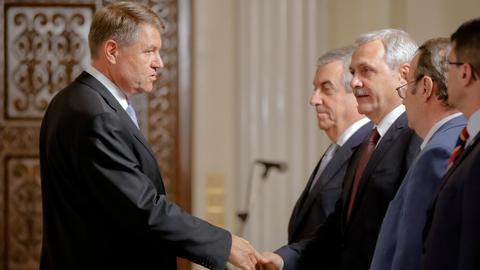