An Israeli court on Monday extended the custody of three Palestinian women detained after a viral video of an alleged assault on Israeli soldiers in the occupied West Bank, the police said.

They said the Ofer military court ruled that Ahed Tamimi, 17, her mother Nariman Tamimi, 43, and her cousin Nour Naji Tamimi, 21, would remain in custody until Thursday.

All three women appeared in a video that went viral after it was shot on December 15 in the West Bank village of Nabi Saleh, near Ramallah.

The footage shows Nour and Ahed approaching two Israeli soldiers before shoving, kicking and slapping them while filming on mobile phones.

16-year-old Palestinian activist Ahed Tamimi has been arrested by Israeli forces. In 2012 Ahed was awarded the Hanzala Courage award in Turkey. pic.twitter.com/TFWCYtEow0

The Tamimi family are at the forefront of regular protests in Nabi Saleh, a frequent scene of demonstrations against Israel's occupation of the West Bank.

They say a member of the family was shot in the head with a rubber bullet during protests on December 15.

Residents say part of the village's land was confiscated by Israeli authorities and given to a nearby Israeli settlement.

The videos of the alleged assault were widely picked up by Israeli media outlets, which often accuse Palestinian protesters of provoking the army into responses which are then filmed.

Some social media users criticised Ahed's arrest in the middle of the night, arguing it is the Palestinian people's right to resist military occupation.

In 2012, Ahed was awarded the Hanzala Courage Award by Istanbul’s Basaksehir Municipality for defying Israeli soldiers who had just arrested her brother.

At the time, Turkish Prime Minister Recep Tayyip Erdogan (now president) and his wife met the Palestinian girl to convey their admiration for her bravery.

Tensions since US unilateral move

Tension has mounted in the Palestinian territories since US President Donald Trump declared unilaterally Jerusalem as Israel's capital on December 6, sparking protests and condemnation across the Arab and Muslim world.

The unilateral move was condemned by a United Nations General Assembly (UNGA) resolution.

The binding resolution could not be adopted despite 14 other council members supporting it.

Since Trump's declaration, 12 Palestinians have been killed —  and over 3,000 injured — in clashes with Israeli forces in the occupied West Bank, East Jerusalem, and blockaded Gaza Strip, according to the Palestinian Health Ministry.

According to official Palestinian figures, more than 6,400 Palestinians — including a number of children — are currently languishing in Israeli prisons. 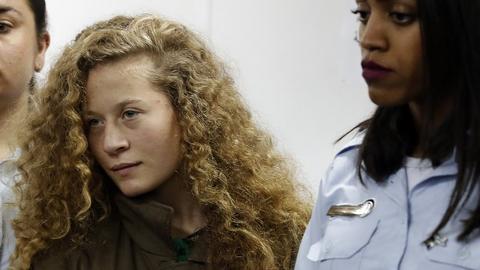 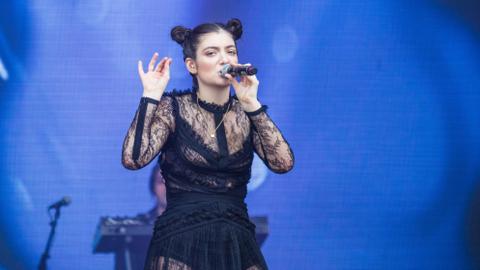 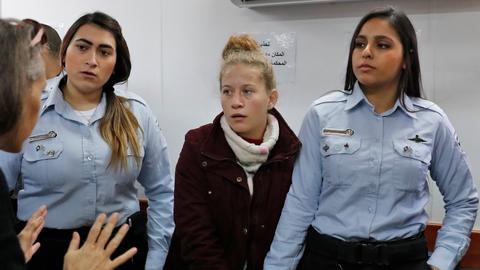