PETA issued a report documenting physical and behavioural harm it says dolphins suffer from their use in live shows and confinement in captivity.

Years after the documentary film "Blackfish" galvanised a movement to end SeaWorld's killer whale performances, animal rights activists on Wednesday called for an end to "circus-style" dolphin shows at the theme parks.

At a hotel news conference near SeaWorld's San Diego park, the group People for the Ethical Treatment of Animals (PETA) issued a report documenting physical and behavioural harm it says dolphins suffer from their use in live shows and confinement in captivity.

Of greatest concern was the practice of trainers riding dolphins through the water while standing on their backs and beaks, said Dr. Heather Rally, a PETA Foundation veterinarian.

Such stunts strain the marine mammals' sensitive lower jaws in a way that can damage their hearing, injure joints and muscles and worsen other injuries caused by confinement within holding tanks where the dolphins are kept.

"We are asking SeaWorld to at least stop standing on dolphins' faces and using them as surf-boards in these ridiculous circus-style shows," Rally said. "We're asking them to retire these animals to seaside sanctuaries where they can have the opportunity to thrive."

Subjecting dolphins "such unnatural behaviour" may also provoke greater aggression between the dolphins, she said.

As evidence of this, Rally said many of SeaWorld's dolphins were observed with wounds or scars from "rake" marks sustained when one animal is bitten by another while swimming.

At a separate news conference, SeaWorld Entertainment Inc officials defended their treatment of dolphins and denied the shows cause any harm.

"They're treated like royalty," said Hendrik Nollens, SeaWorld's vice president of animal health and welfare, insisting that if the behaviours in question caused the animals any discomfort "they wouldn't come right back and do it again."

"They are faster than us, they are stronger than us. They are in charge. They choose. They decide whether to do the interaction or not," he told reporters.

The PETA report was co-authored by Rally and behavioural biologist Toni Frohoff based on "in-depth observations" at all three SeaWorld parks - San Diego; Orlando, Florida and San Antonio, Texas, they said.

SeaWorld faced a public backlash and declining revenues following release of the 2013 documentary "Blackfish," which depicted captivity and public exhibition of killer whales as inherently cruel.

The film, which SeaWorld criticised as inaccurate and misleading, also explored the circumstances leading to the 2010 death of a top SeaWorld trainer, who was pulled underwater and drowned by an orca she had performed with in Florida.

SeaWorld trainers have not been allowed back in the water with killer whales during performances since that incident. In March 2016, SeaWorld announced it would halt breeding of orcas in captivity but that the existing whales would continue to perform as they live out their remaining years.

"While there's no 'Blackfish' for the dolphins, it is essential that this report ... have the same impact that 'Blackfish' had on orcas," the film's director, Gabriela Cowperthwaite, said at the PETA news conference.

PETA said about 140 dolphins and some 20 orcas remain at SeaWorld parks. 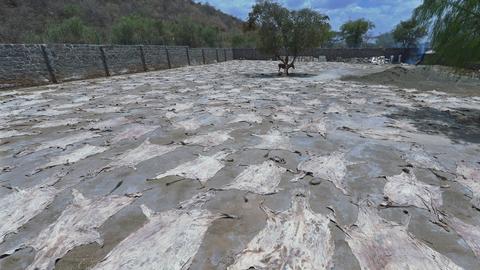 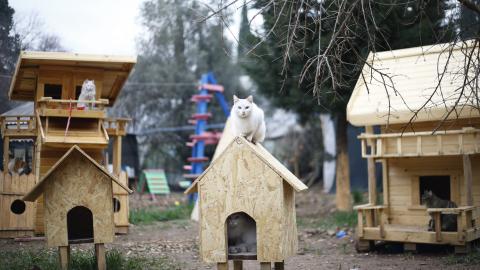 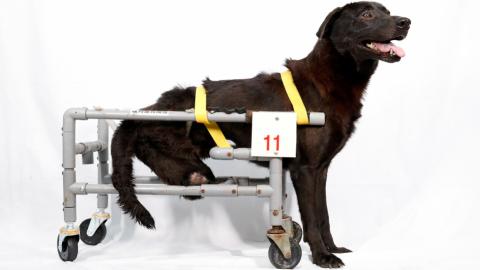