The telescope "will be one of humanity's biggest-ever scientific endeavours", says SKA Observatory's Director-General Philip Diamond.

Australia has started building a vast network of antennas in the Outback, its section of what planners say will eventually become one of the most powerful radio telescopes in the world.

When complete, the antennas in Australia and a network of dishes in South Africa will form the Square Kilometre Array (SKA), whose construction was described by SKA Observatory's Director-General Philip Diamond on Monday as "momentous".

The telescope "will be one of humanity's biggest-ever scientific endeavours", he said.

SKA is a massive instrument that will aim to untangle mysteries about the creation of stars, galaxies and extraterrestrial life.

The idea for the telescope was first conceived in the early 1990s, but the project was plagued by delays, funding issues and diplomatic jockeying.

Its name is based on the planners' original aim, a telescope that could observe a one-square-kilometre surface, but the current South African and Australian sections will have a combined collecting area of just under half that, according to the observatory.

Both countries have huge expanses of land in remote areas with little radio disturbance -- ideal for such tel escopes.

More than 130,000 Christmas tree-shaped antennas are planned in Western Australia, to be built on the traditional lands of the Wajarri Aboriginal people.

"We honour their willingness to share their skies and stars with us as we seek to find answers to some of the most fundamental science questions we face," said Diamond.

The South African site will feature nearly 200 dishes in the remote Karoo region, according to the organisation.

The project will help in "charting the birth and death of galaxies, searching for new types of gravitational waves and expanding the boundaries of what we know about the universe", said telescope director Sarah Pearce.

Danny Price from the Curtin Institute of Radio Astronomy said the telescope would be extremely powerful.

"To put the sensitivity of the SKA into perspective, the SKA could detect a mobile phone in the pocket of an astronaut on Mars, 225 million kilometres away," he said.

The SKA Observatory, headquartered at Jodrell Bank in Britain, has said the telescope should start making scientific observations by the late 2020s.

Today we are in Murchison in remote WA to celebrate the commencement of construction at the Australian SKA telescope site. We want to thank the Wajarri Yumaji for working with us to allow this project to occur on their native lands, in a way that protects their cultural heritage pic.twitter.com/sbx4NU7JQl 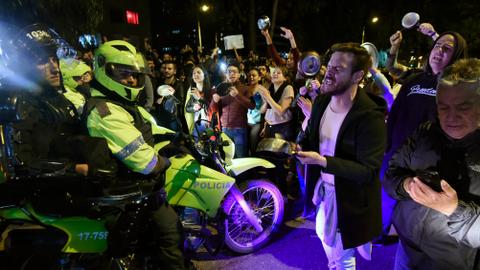 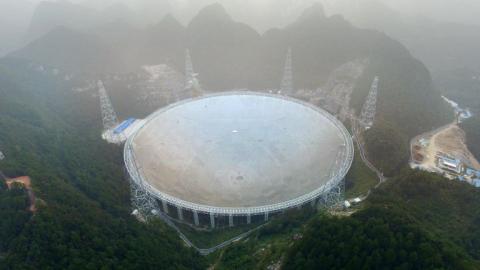