1
United Airlines will pay $49 million to settle air mail fraud case
2
US review of third vaccine raises question: Which one is best?
3
US intel: Saudi crown prince approved op to capture or kill Khashoggi
4
Endemic dune crickets unique to Turkey are ‘under threat from humans’
5
Palestinians unprotected as Israel vaccinates half of its population

More than 180,000 people have been ordered to evacuate their homes in Sonoma County north of San Francisco because of the wind-fueled "Kincade Fire."

Emergency responders are seeking to contain a raging wildfire on the west side of Los Angeles that is threatening the historic Getty Center museum, and has already forced thousands of area residents to evacuate.

Over 500 firefighters are battling the Getty Fire, as it being called, amid weather conditions that are fueling its rapid expansion after it broke out early Monday morning around 1:40 am.

It has grown to more than1.6 square kilometres and is surging westward as high winds continue to tear through the area. Over 10,000 structures have been placed under mandatory evacuation orders by the Los Angeles Fire Department.

Mayor Eric Garcetti said the cause of the fire remains under investigation, but said firefighters are battling the inferno in "some of the most challenging topography of Los Angeles."

He urged residents in the area to "get your loved ones, get your pets, and get out."

"The only thing you cannot replace is you and your family,” he said during a morning press briefing.

Lebron James, the Los Angeles Lakers forward, said he and his family had been evacuated from their home early Monday morning as they searched for a place to stay for the night.

Man these LA 🔥 aren’t no joke. Had to emergency evacuate my house and I’ve been driving around with my family trying to get rooms. No luck so far! 🤦🏾‍♂️

"Man these LA 🔥 aren’t no joke," James wrote on Twitter, using shorthand to refer to the city of Los Angeles. "I 🙏🏾 for all the families in the area that could be affected by these 🔥🔥🔥🔥🔥🔥🔥🔥🔥🔥🔥🔥 now! Pretty please get to safety ASAP."

Meanwhile, in northern California, first responders are continuing efforts to bring the massive 66,000 267 sq km Kincade Fire under control after it erupted last week.
But weather conditions have made the task herculean for firefighters as the blaze has only been brought under 5 percent containment.

Winds had been surging on Sunday to over113 kph, reaching levels akin to a Category 1 hurricane and spreading the blaze across northern California's wine country.

Over 4,000 fire personnel are seeking to contain the Kincade Fire's spread.

Much of California remains under red-flag conditions. Governor Gavin Newsom imposed Sunday a statewide state of emergency, saying the state is "deploying every resource available" to combat the fires. 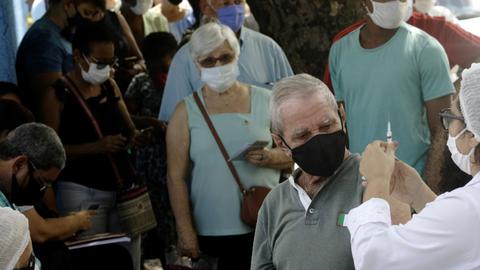 1
United Airlines will pay $49 million to settle air mail fraud case
2
US review of third vaccine raises question: Which one is best?
3
US intel: Saudi crown prince approved op to capture or kill Khashoggi
4
Endemic dune crickets unique to Turkey are ‘under threat from humans’
5
Palestinians unprotected as Israel vaccinates half of its population