1
Syrian refugees in Türkiye make their final journey home in body bags
2
One in three schoolchildren does not have access to drinking water: UN
3
Miracle rescues: Children found alive over 50 hours after Türkiye quakes
4
Biden vows 'to protect' US, challenges Republicans on debt
5
US vows to provide aid to quake-hit Syria but not Assad

Rahaf Mohammed al Qunun says she expects her experience would inspire other women to flee her the kingdom known for its oppressive gender policies.

Rahaf Mohammed al Qunun plans to pursue an education, get a job and "live a normal life" in Canada - things she said she could not do in her home of Saudi Arabia, which she fled fearing for her life, she told Canadian media.

Being in Canada is "a very good feeling," she told the Canadian Broadcasting Corporation (CBC) on Monday, two days after arriving in Toronto from Bangkok.

"It's something that is worth the risk I took."

Qunun grabbed international attention last week after she barricaded herself in a Bangkok airport hotel room to resist being sent home to her family, which denies abusing her. Qunun refused to meet her father and brother, who arrived in Bangkok to try to take her back to Saudi Arabia.

The United Nations High Commission on Refugees granted her refugee status, and Canada agreed to take her in.

Qunun expects her experience would inspire other women to flee her homeland.

The teenager told Australian Broadcasting Corp in an interview recorded in Toronto and broadcast in Australia on Tuesday that she hoped that the international attention on her flight from oppression in Saudi Arabia will be a catalyst for change.

"I think the number of women fleeing from the Saudi administration and abuse will increase, especially since there is no system to stop them," Qunun said.

"I'm sure that there will be a lot more women running away. I hope my story encourages other women to be brave and free. I hope my story prompts a change to the law, especially as it's been exposed to the world. This might be the agent for change," she added.

Relations between Ottawa and Riyadh have been tense after Canada demanded the immediate release of jailed rights activists last year. Saudi Arabia retaliated by freezing new trade with Ottawa and forcing many of its students to return to the kingdom.

Qunun's case has drawn global attention to Saudi Arabia's strict social rules, including a requirement that women have the permission of a male "guardian" in order to travel, something rights groups say can trap women and girls as prisoners of abusive families.

In her CBC interview, Qunun said: "I felt that I could not achieve my dreams that I wanted as long as I was still living in Saudi Arabia."

Having come to Canada, "I felt that I was reborn, especially when I felt the love and the welcome," she said.

In her new home, "I will try things I haven't tried. I will learn things I didn't learn. I will explore life. ... I will have a job and live a normal life." 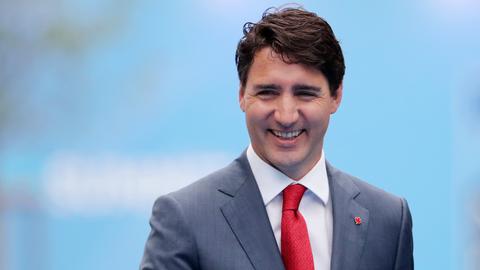 1
Syrian refugees in Türkiye make their final journey home in body bags
2
One in three schoolchildren does not have access to drinking water: UN
3
Miracle rescues: Children found alive over 50 hours after Türkiye quakes
4
Biden vows 'to protect' US, challenges Republicans on debt
5
US vows to provide aid to quake-hit Syria but not Assad