The Category 3 storm, packing sustained winds of 150 kilometres per hour and gusts of 205 kph, is expected to make landfall on the west coast near Port Hedland, on Saturday afternoon.

Western Australia was lashed by destructive winds on Saturday as a tropical cyclone neared landfall while much of the bushfire-battered east coast faced flood warnings due to heavy rain.

Severe tropical cyclone Damien was expected to make landfall on the west coast near Port Hedland, the world's largest iron ore port, on Saturday afternoon. Operations at ports in the region were suspended.

Residents of some coastal areas were urged to seek shelter.

"Very destructive winds, very heavy rainfall and storm surge are expected as Damien crosses the coast near Dampier early this afternoon," the agency said on Twitter.

Sparsely populated Western Australia was also facing several severe fire warnings with hot temperatures expected in most of the state.

After months of destructive wildfires that have razed millions of hectares of land, Australia has been hit in recent weeks by wild weather that has brought heavy downpours, hail storms and a heatwave.

New South Wales, an east coast state where nearly a third of Australia's population lives, saw some areas drenched by the heaviest rainfall in almost 20 years, with severe weather and flash flood warnings.

There were still more than 40 active fires in New South Wales on Saturday, half of them yet to be contained, but fire services said the downpours, which are expected to continue into next week, may dampen them. 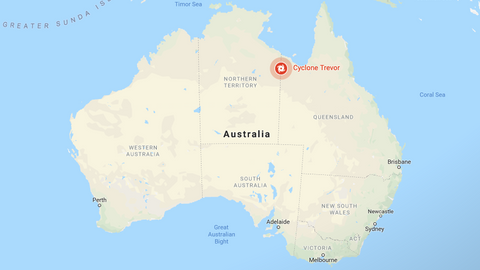 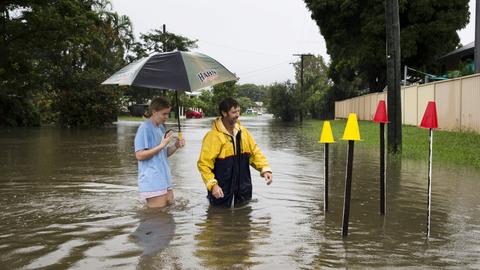