1
UN: Conflict caused deaths of 324,000 children in northeast Nigeria
2
Calls for probe after deadly air strike on market in Ethiopia's Tigray
3
Seaweed farming continues to grow in Mediterranean 'trailblazer' Tunisia
4
A self-imposed exile from many countries stops by at the Pera Museum
5
Air strike in Ethiopia’s Tigray kills dozens of people – witnesses

Cyclone Idai could prove to be the deadliest storm in generations to hit the impoverished southeast African country of 30 million people.

Aid workers rushed to rescue victims clinging to trees and crammed on rooftops Tuesday after a cyclone unleashed devastating floods in Mozambique, Zimbabwe and Malawi. More than 350 people were confirmed dead, hundreds were missing and thousands more were at risk.

In Mozambique, the rapidly rising floodwaters created "an inland ocean," endangering tens of thousands of families, aid workers said as they scrambled to rescue survivors and airdrop, food, water and blankets to survivors of Cyclone Idai.

"This is the worst humanitarian crisis in Mozambique's recent history," said Jamie LeSueur, head of response efforts for the International Federation of Red Cross and Red Crescent Societies.

It said 90 percent of the city of some 530,000 people and its surrounding area had been "damaged or destroyed."

"The situation is terrible. The scale of devastation is enormous," the IFRC's Jamie LeSueur was quoted as saying in the statement.

"Almost everything is destroyed. Communication lines have been completely cut and roads have been destroyed. Some affected communities are not accessible," he said.

Mozambique President Filipe Nyusi said the number of people killed in Cyclone Idai and recent flooding in Mozambique could rise to around 1,000.

The president told state broadcaster Radio Mocambique on Monday that while the number of people confirmed dead stood at 84, the scale of the disaster was "huge" and he had seen bodies floating in rivers while flying over the affected region.

A toll compiled on Monday by AFP from official sources puts the death toll in Mozambique at 73, including 55 in Beira alone, and 89 in Zimbabwe.

"I think this is the biggest natural disaster Mozambique has ever faced. Everything is destroyed," he said on Sunday night at Beira international airport, which reopened after being temporarily closed because of cyclone damage.

At least 150 more are missing in Zimbabwe, many of them believed to government workers whose housing complex was engulfed by floods.

Joshua Sacco, lawmaker for Chimanimani, said over the telephone, that between "150 to 200 people" are missing.

The majority of them are thought to be government workers, whose housing complex was completely engulfed by raging waters. Their fate is currently unknown because the area is still unreachable.

"We are very worried because all these houses were just suddenly submerged under water and literally washed away and that is where we have about 147 missing," he said.

In Zimbabwe, Idai swept away homes and ripped bridges to pieces, leaving a trail of destruction that the acting defence minister, Perrance Shiri, said "resembles the aftermath of a full-scale war."

"There was a lot of destruction both on our facilities and on people," said Shiri speaking on television from the affected eastern highlands region.

Roads have been swallowed by massive sinkholes, while bridges were ripped to pieces by flash floods, according to a photographer.

"This is the worst infrastructural damage we have ever had," Zimbabwean Transport and Infrastructural Development Minister Joel Biggie Matiza said.

Zimbabwe's eastern district of Chimanimani was the worst-hit part of the country, with houses and most of the bridges washed away by flash floods.

The most affected areas are not yet accessible, and high winds and dense clouds have hampered military rescue helicopter flights.

Two pupils and a worker at a secondary school in the area were among those killed after a landslide sent a boulder crashing into their dormitory.

Soldiers on Sunday helped rescue the surviving nearly 200 pupils, teachers and staff who had been trapped at the school in Chimanimani.

"The teachers and school authorities are making all efforts to ensure the children arrive and we take them home but it seems the situation is getting worse," one unnamed parent told the state broadcaster ZBC, as she raised concerns about the ongoing rains.

Zimbabwean President Emmerson Mnangagwa, who cut short a visit to Abu Dhabi, said on arrival on Monday, "We are deeply grieved as a nation."

Cyclone Idai deaths could exceed 1,000 as bodies are found 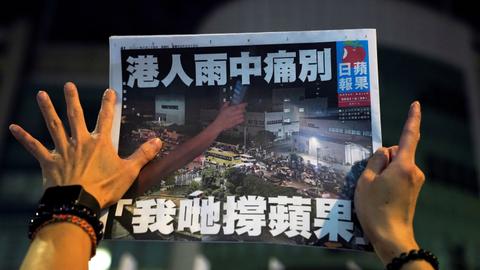 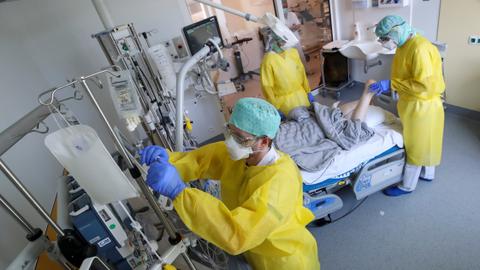 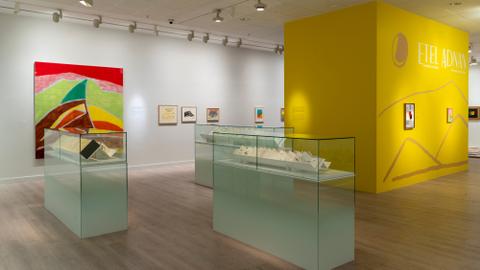 1
UN: Conflict caused deaths of 324,000 children in northeast Nigeria
2
Calls for probe after deadly air strike on market in Ethiopia's Tigray
3
Seaweed farming continues to grow in Mediterranean 'trailblazer' Tunisia
4
A self-imposed exile from many countries stops by at the Pera Museum
5
Air strike in Ethiopia’s Tigray kills dozens of people – witnesses