The herd was acting aggressively, constituting a threat for other animals and the park's visitors, according to officials.

A herd of at least 13 endangered wild elephants have rampaged through a safari park in Bangladesh.

The creatures were acting aggressively and posed a serious safety threat, officials warned on Sunday.

"They are very restless, frightened and acting as if they are cornered. They are now very dangerous for other animals and our visitors," said park official Mazharul Islam.

The herd knocked down a two-metre (seven-foot) concrete wall to break into the Bangabandhu Sheikh Mujib Safari Park, north of the resort city of Cox's Bazar, earlier this week.

The reserve is home to over 1,300 animals, including Bengal tigers, hippos and other threatened species, and sees around 5,000 visitors each day in winter.

"We are worried for the park's visitors," Islam said. "Night patrolling is getting difficult as the elephants are very agitated and they go wild very easily."

Another official said the elephants were frightened because of increasing encroachment on their land by farmers and the killing of a dozen members of their herd in the past two years.

A “planned killing” is allegedly being carried out in parts of the Bangladeshi forest known for being home to Asian wild elephants to illegally occupy forest lands.

Scarcity of food has driven elephants to invade rice fields where they were often killed by electric fences, he added.

Fewer than 100 elephants remain in the South Asian country, where shrinking habitats and dwindling food supplies have resulted in growing conflict with humans.

Remaining elephants have already been listed as a critically endangered species by the International Union for Conservation of Nature (IUCN).

READ MORE: As elephant numbers boom in China, villagers learn to live with them 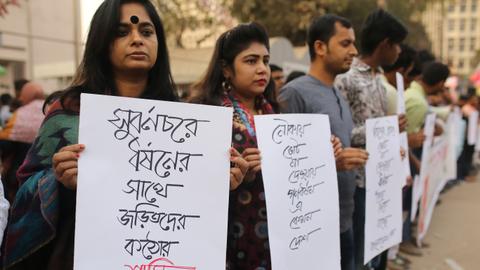 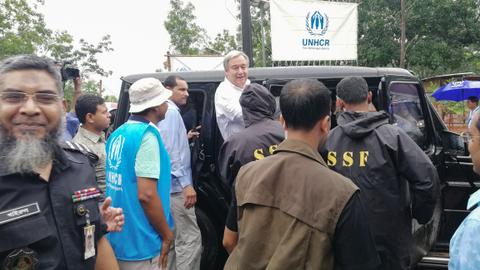