Mitsutoki Shigeta, 28, became the centre of a "baby factory" scandal in 2014 after Thai police said DNA samples linked him to nine infants found under the care of 24-hour nannies in a plush Bangkok apartment.

A wealthy Japanese man was granted "sole parent" rights to 13 children he fathered through Thai surrogate mothers, a Bangkok court ruled Tuesday, paving the way for him to take custody of the group in Japan.

Mitsutoki Shigeta, 28, became the centre of a "baby factory" scandal in 2014 after Thai police said DNA samples linked him to nine infants found under the care of 24-hour nannies in a plush Bangkok apartment.

The children were estimated to be between two weeks and two years old at the time and have since been under the care of the Thai state, while another four were later deemed to have been fathered by him.

The extraordinary discovery threw a spotlight on the kingdom's then unregulated rent-a-womb industry, and helped push authorities to bar foreigners from paying for Thai surrogates in 2015.

Shigeta, the son of a Japanese tycoon, left the country in the wake of the scandal but later took Thailand's Ministry of Social Development and Human Security to court for custody of the children.

On Tuesday a Thai court granted him legal rights to take the children, saying he had ample money to care for them and had prepared nurses and nannies to look after the brood at a safe residence in Japan.

"For the happiness and opportunities the 13 children will receive from their biological father - who does not have a history of bad behaviour - the court rules them to be the plaintiff's legal children," Bangkok's Central Juvenile Court said in a statement.

Shigeta, who did not attend the trial in person, was deemed the "sole parent" of the children after the Thai surrogates had signed away their rights, the court added.

His lawyer said he would contact the Social Welfare Ministry about the next steps to transfer the children from state custody, adding that the timeline would depend on the "readiness" of the youngsters.

"Having been under shelter care for so long, to come back to society, there might be a need for the shelter officials to help stay with them to avoid abrupt changes," lawyer Kong Suriyamontol told reporters outside the court.

Shigeta "was born in a big family and wanted the children to grow up together," the lawyer said, adding that he also wanted the kids to help run his family's business.

Japanese media have reported that Shigeta is the son of an IT billionaire.

Shigeta hired the Thai surrogates before the kingdom banned foreigners from the lucrative trade in 2015, following a string of scandals and custody tussles.

Police at the time said that Shigeta paid the surrogates between $9,300 and 12,500 each to carry his children.

After Thailand clamped down on the trade the following year, surrogacy agencies quickly migrated to neighbouring Cambodia, which followed suit and barred the industry in 2016.

In recent months there have been signs the trade has shifted to Laos, an opaque communist country with no restrictions on surrogacy.

Some surrogacy agencies are now offering services to carry out the embryo transfer in Laos and then provide pregnancy care for the surrogate in Thailand, a wealthier country with vastly superior medical facilities. 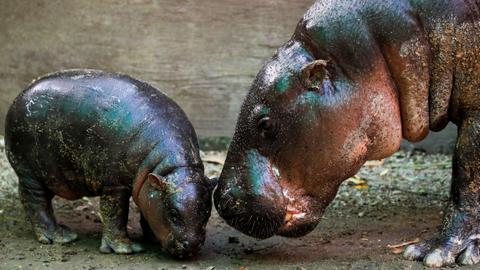 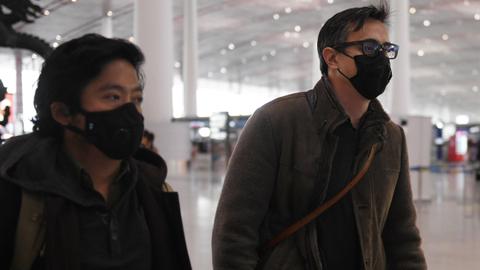