Archaeologists excavating near the Bedouin town of Rahat came across the remnants of a luxurious rural estate used by a wealthy Muslim family.

Archaeologists working in the southern Negev desert in Israel revealed a 1,200-year-old mansion on August 23, 2022, increasing knowledge of the region where a mosque was recently discovered.

Described as a "luxurious rural estate" by the Israel Antiquities Authority, the home boasted a marble-paved hallway and walls decorated with frescoes.

The first building of its kind to be found in the southern Negev desert, according to the IAA, it contained vaulted rooms around a central courtyard, offering a unique glimpse of life for wealthy residents of the arid region.

The luxury home is built around a courtyard and features four wings with several rooms for its residents. One lavish section features a marble hallway with stone floors and elaborate wall decorations. Archaeologists also found shards of decorated glass serving dishes.

Underneath the courtyard, archaeologists were surprised to discover subterranean vaults made of stone, which they believe were used to store items at cooler temperatures away from the scorching desert sun. The vaults appear to be carefully constructed and sturdy enough to allow people to move between them underground. An opening from the vaulted rooms also leads to a cistern where residents could access cool drinking water.

The remains of oil lamps were unearthed in storage rooms underground.

"The luxurious estate and the unique impressive underground vaults are evidence of the owners' means," said a statement from the archaeologists leading the excavations.

"Their high status and wealth allowed them to build a luxurious mansion that served as a residence and for entertaining," added Oren Shmueli, Elena Kogan-Zehavi and Noe D. Michael.

"We assume whoever lived here was some local ruler," Michael told AFP, adding that such estates had been "totally unknown in the Negev until today".

The discovery in the Bedouin town of Rahat dates to the early Islamic period in the 8th or 9th century, the authority said.

The estate is close to a rare mosque dating back to the same period, which Israeli archaeologists unveiled in June.

A few dozen Muslims likely worshipped at the site at one time, the IAA said.

The Muslim conquest of the region occurred in the first half of the seventh century.

"After we finish the excavation (of the mansion), it is planned that this place will be preserved", alongside other discoveries like the mosque, Michael added. 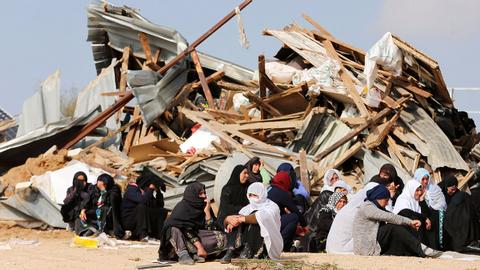 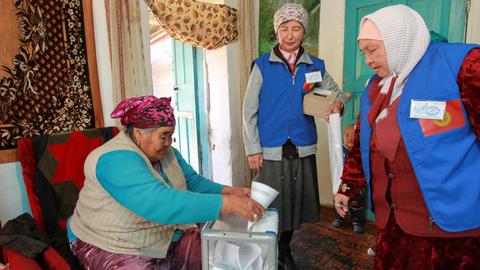