The huge, traditional round-cut diamond, whose 2.5 cm diameter is equal in size to the visible part of a human eye, bears the same name as the entire Dynasty collection.

Russian miner Alrosa said on Tuesday it plans to sell at an online auction in November a rare collection of polished diamonds produced domestically, including a giant 51.38-carat gem.

This huge, traditional round-cut diamond, whose 2.5 cm diameter is equal in size to the visible part of a human eye, bears the same name as the entire Dynasty collection.

According to Alrosa, which is state-controlled, it is potentially the most expensive diamond manufactured in the history of Russian jewellery because of its quality.

It took a year and a half for Alrosa's specialists to create five polished diamonds for the collection from a 179-carat Romanovs rough diamond, extracted at one of the company's mines in Russia's far eastern Yakutia region in 2015.

The collection is dedicated to the Tsar Peter the Great, who built the city of St Petersburg, and the Romanov dynasty, which ruled Russia for 300 years, Alrosa, the world's largest producer of rough diamonds in carat terms, said in a statement.

The collection's name fits well with a surge in patriotism in Russia triggered by Moscow's annexation of the Crimean Peninsula from Ukraine in 2014 and Western sanctions against Moscow.

"There was a good reason to choose the name for the collection, which is connected with Alrosa's intention to revive the traditions and memory of renowned Russian jewellers famous for their craftsmanship and filigree since Russia's first cutting and polishing factory founded by Peter I (the Great) early in the 18th century," the company said.

Alrosa's decision to produce these polished diamonds and sell them online fits with a broader industry quest to find new ways to the market and add value on the part of gem producers.

Alrosa and Anglo American's De Beers unit, which for the first time auctioned polished stones this year, produce about half of the world's rough diamonds.

"As to overall characteristics, it is unprecedented in the history of Russia," Alrosa said. The other stones in the collection are a 16.67-carat round-cut diamond, a 5.05-carat oval diamond, a 1.73-carat pear-cut diamond, and a 1.39-carat diamond. 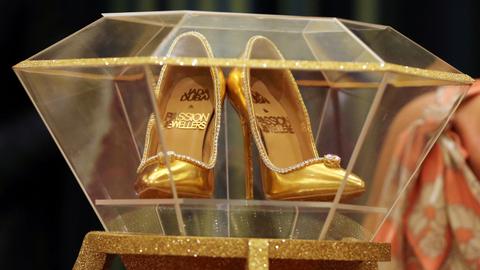 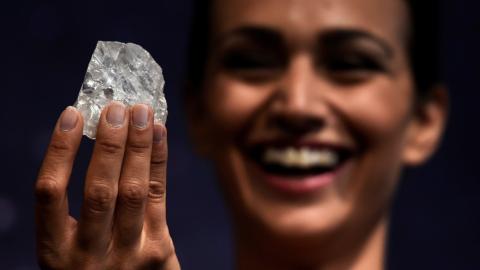 Tennis ball-sized 'diamond in the rough' too big to sell 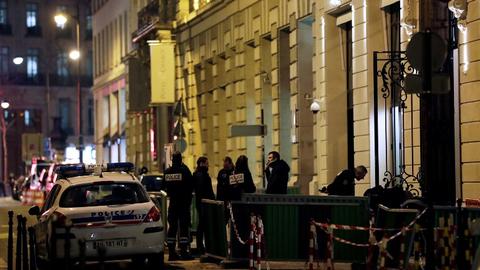