The coronavirus pandemic has infected more than 62 million people and cut more than 1.4 million lives short. Here are the developments for November 30:

Turkey will impose curfews on weekdays and full lockdowns over weekends to combat the spread of the coronavirus, President Recep Tayyip Erdogan has said after surging cases and deaths.

Citizens will not be allowed to leave home between 9 pm and 5 am on weekdays, and over the whole weekend from 9 pm on Fridays to 5 am on Mondays, Erdogan said.

Some sectors, including supply chain and production, will be exempt from the measures which will begin on Tuesday, he added.

Italy has reported 16,377 new cases, almost halved from the peaks seen in recent weeks as the contagion curve continues to flatten.

According to the latest Health Ministry data, new daily cases fell by 21 percent from Sunday, reaching a total of 1,601,554 since the start of the pandemic.

The figures, however, reflect as usual a much lower number of swab tests conducted over the weekend.

The country also recorded 672 new deaths, below the highs at over 800 registered last week, bringing the national death toll to 55,576, the second-highest in Europe after the UK.

The infection rate remained stable at around 12.5 percent, far from the peak at over 17 percent seen two weeks ago.

The Monday's figure tends to dip as there are fewer tests conducted on Sundays. The seven-day moving average of daily new infections, which averages out weekly data reporting irregularities, stood at 11,118, at an almost two-month low.

WHO alarmed by Covid-19 surge in Brazil, Mexico

The World Health Organization has voiced alarm over a rapid worsening of the Covid-19 situations in Brazil and Mexico, urging them to be "very serious" about halting the spread.

Both countries had seen both cases and deaths from the novel coronavirus surge in recent weeks as a second wave of the pandemic has hit.

"I think Brazil has to be very, very serious," WHO chief Tedros Adhanom Ghebreyesus told reporters, warning the situation there was "very, very worrisome".

And he echoed the same concern when asked about Mexico, saying that country was "in bad shape".

"The number of cases doubled and the number of deaths doubled... we would like to ask Mexico to be very serious."

UK has coronavirus back under control

Britain has got Covid-19 back under control, Health Minister Matt Hancock said, as England prepares to exit a national lockdown this week and enter a tiered system of restrictions subject to a parliamentary vote.

"We've got this virus back under control," Hancock said at a news conference.

Moderna asking US, EU regulators to approve its vaccine

Moderna Inc will request the US and European regulators to allow emergency use of its Covid-19 vaccine as new study results confirm the shots offer strong protection, ramping up the race to begin limited vaccinations as the coronavirus rampage worsens.

Full results from a late-stage, cross-ethnic study showed it was 94.1 percent effective with no serious safety concerns, the company said.

Moderna is just behind Pfizer and its German partner BioNTech in seeking to begin vaccinations in the US in December.

Across the Atlantic, British regulators also are assessing the Pfizer shot and another from AstraZeneca.

Moderna created its shots with the US National Institutes of Health and already had a hint they were working but said it got the final needed results over the weekend.

Hong Kong has tightened restrictions aimed at containing a rise in coronavirus cases, limiting gatherings to no more than two people, closing karaoke lounges and games centres and telling most civil servants to work from home.

The measures come in addition to restrictions announced on Sunday that will see all schools close for in-person learning for the rest of the year, also from December 2.

"It will be very critical in the coming two weeks," Lam said. "I hope that Hong Kong people can remain tolerant."

Cambodia’s Education Ministry has ordered all state schools to close until the start of the next school year in January after a rare local outbreak of the coronavirus.

Education Minister Hang Chuon Naron issued a statement saying that all schools will be shut to prevent students from being infected. Public schools will remain closed until January 11, the start of the next school year, while private schools must close for two weeks, he said.

Students in private schools will be permitted to study online.

Cambodian officials said over the weekend that a family of six and another man tested positive for the coronavirus.

Eight more cases were reported among residents of Phnom Penh who were in contact with the family.

Cambodia has reported only 323 cases of the virus since the pandemic began, most of them acquired abroad, with no confirmed deaths.

Italy's government has approved new measures worth around 8 billion euros to support businesses hit by the second wave of the pandemic.

A major part of the package, which was approved by the cabinet in the early hours of Monday, centres on delaying tax deadlines for small companies and the self-employed for several months.

Rome will also provide a one-off 1,000-euro payment to workers in the tourism, spa and theatre sectors, which have been particularly badly hit by the crisis.

Underscoring the scale of the problem, these latest measures came less than two weeks after the government had unveiled stimulus provisions worth around 10 billion euros, offering grants to businesses and food aid for the poor.

Up to 100 of Johnson's lawmakers are unhappy with lockdown

Up to 100 lawmakers in Prime Minister Boris Johnson's Conservative Party are unhappy with his tiered lockdown measures so the government may have to rely on the Labour Party to get it through parliament, Environment Secretary George Eustice has said.

"The chief whip will be talking to those MPs who have concerns," he said.

"I've seen suggestions there could be up to a 100 or so people that have got concerns, but the prime minister and other ministers will be working very hard to reassure them about the steps we are taking."

Thailand was racing to track down about 200 people in its northern provinces to stop a potential virus outbreak, after three Thai nationals entered the country illegally from Myanmar and tested positive days later.

There were 356 people in Chiang Rai and Chiang Mai provinces potentially exposed, among them staff and customers of a hotel, shopping mall, cinema, restaurants and passengers in a van and taxi, Prachon told a news conference.

Thailand has strict measures and border controls to keep the coronavirus at bay having kept its cases to less than 4,000 and deaths at 60, although its tourism-reliant economy has suffered badly.

Germans must do more to reduce contacts, minister says

The number of infections is still much too high in most German regions and people must do more to reduce their contacts to slow the spread of the disease, German Economy Minister Peter Altmaier told public broadcaster Deutschland funk.

Altmaier added that pandemic relief aid for companies cannot be extended indefinitely and taxes will not be raised in this parliamentary term, which will likely last until late next year.

South Korea's ruling party has called for the country to buy millions of additional coronavirus vaccine doses after a spike in infection numbers raised concerns about the government's existing plans.

South Korea already plans to secure enough doses to vaccinate 30 million people, or about 60 percent of the population, but Democratic Party lawmakers said they would appropriate funds to buy doses for at least 44 million people.

Doctors are studying the impact of Covid-19 on unborn babies in Singapore, where an infant delivered by an infected mother earlier this month had antibodies against the virus but did not carry the disease.

The ongoing study among the city-state's public hospitals adds to international efforts to better understand whether the infection can be transferred during pregnancy, how babies develop antibodies in the womb and whether they offer an effective shield against the virus.

A Singaporean woman, infected with the coronavirus in March when she was pregnant, told local newspaper the Straits Times that doctors said her infant son had antibodies against the virus but was born without the infection.

"It is still unknown whether the presence of these antibodies in a newborn baby confers a degree of protection against Covid-19 infection, much less the duration of protection," said Tan Hak Koon, chairman of the Obstetrics and Gynaecology division at KK Women's and Children's Hospital.

International students have arrived in Australia for the first time since the country shut its borders to curb the virus in March, with a charter flight touching down in Darwin.

Australian universities have been leaking cash due to the country's indefinite border closure, which has locked out foreign students who keep the billion-dollar sector afloat.

A plane chartered by Charles Darwin University (CDU) carrying 63 international students arrived in the northern city of Darwin as part of a pilot programme aimed at kickstarting the higher education industry.

The students, from mainland China, Hong Kong, Japan, Vietnam and Indonesia, travelled to Singapore to catch the flight and will now spend 14 days in a government quarantine facility.

India's virus cases rose by 38,772, the health ministry said, making it the 23rd straight day that daily cases have stayed below the 50,000 mark.

The country now has 9.43 million cases, the second-highest in the world after the United States, but daily cases have been dipping since hitting a peak in September.

The number of confirmed virus cases in Germany increased by 11,169 to 1,053,869, data from the Robert Koch Institute (RKI) for infectious diseases showed.

Thirty-eight additional people died from the virus, bringing the number of fatalities to 21,477.

Coronavirus cases globally surpassed the grim milestone of 63 million, according to a tracking portal.

The United States is the worst affected country in terms of caseload, followed by India and Brazil.

Brazil has registered 24,468 additional coronavirus cases over the last 24 hours and 272 new deaths, the nation's Health Ministry has said.

The CDC figures do not necessarily reflect cases reported by individual states.

New York City's public schools will begin to reopen for in-person learning on December 7, starting with elementary schools for students whose parents agree to a weekly testing regimen for the novel coronavirus, Mayor Bill de Blasio announced on Sunday.

The nation's largest school system closed less than two weeks ago after the citywide rate of coronavirus tests coming back positive exceeded the 3 percent benchmark agreed to by the mayor and the teachers union. 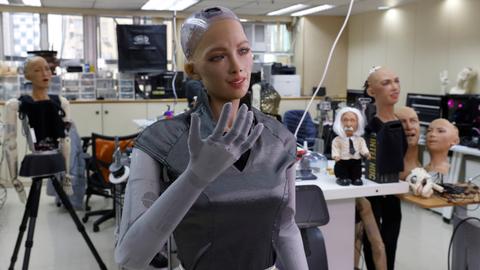 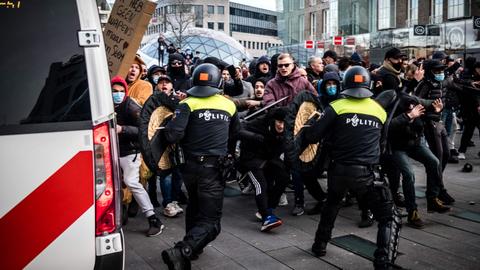 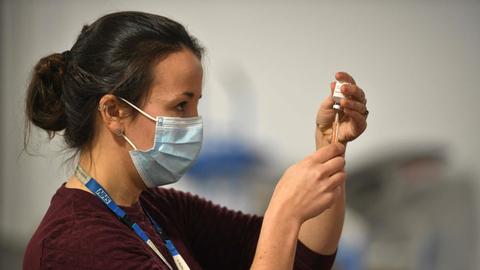