In her trek of more than 52,000 kilometres, the 19-year-old Belgian-British pilot stopped over in five continents and visited 41 nations.

The 19-year-old Belgian-British pilot Zara Rutherford has set a world record as the youngest woman to fly solo around the world, touching her small airplane down in western Belgium — 155 days after she departed.

Rutherford will find herself in the Guinness World Records book after setting the mark on Thursday, that had been held by 30-year-old American aviator Shaesta Waiz since 2017.

The overall record will remain out of Rutherford’s grasp, since Briton Travis Ludlow set that benchmark last year as an 18-year-old.

Her global flight in her ultralight Shark plane was supposed to take three months, but relentless bad weather and visa issues kept her grounded sometimes for weeks on end, extending her adventure by about two months.

On Thursday, rain, drizzle, sunshine and even a rainbow over Kortrijk airport exemplified the changing, often bad weather she had been facing all too often.

After she was escorted by a four-plane formation in a huge V across much of Belgium, she did a flyby of the airport before finally landing.

After waving to the jubilant crowds, she embraced her parents and draped herself both in the Union Jack and Belgian tricolour flag.

“Winter in Europe poses a lot of challenges,” she said as she was held back for days on the last few legs of the trip.

In her trek of more than 52,000 kilometres (28,000 nautical miles), she stopped over in five continents and visited 41 nations.

“The people were incredible, everywhere," she said. 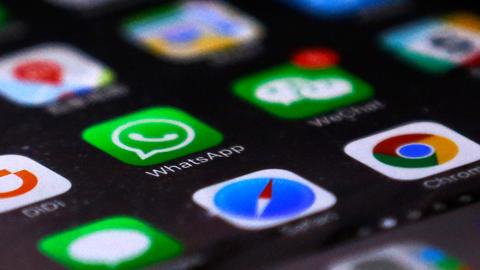 More than half of global population now online, UN says