Exclusive: The UAE is lobbying to pit the US against Turkey in Libya

1
Chemical attack victims file a criminal complaint against the Syrian regime
2
China is winning the digital currency race. Can it unseat the dollar?
3
Austria fails to weed out corruption in judiciary and parliament
4
Facebook mulls legality of facial recognition when far more is at stake
5
Will the push to tax the super-rich work?

A document obtained by TRT World appears to show the UAE lobbying for an American intervention in Libya, a move that turns its back on Turkey and the GNA

An email obtained by TRT World appears to show that the UAE is attempting to lobby Washington to intervene in Libya and to help turn the tide against the UN-backed government and its main backer, Turkey.

"Unless Turkey's actions in Libya are checked, this could easily go from bad to worse," the UAE's Ambassador to the US, Yousef al Otaiba, emphasises in bold-face in a letter to US officials.

Otaiba’s message to US officials was delivered by Hagir Elawad, a former legislative affairs director of the UAE’s embassy in Washington DC, and employee of lobbying firm, Akin Gump, in an email sent on June 22. It is addressed to 'Friends'.

It appears UAE officials are trying to persuade the US government, or military, to intervene for the sake of Egypt’s safety, all the while against Turkey and its support for the legitimate Tripoli-based Government of National Accord.

“Turkey has continued to push and provoke near Sirte and has deployed Navy vessels off the coast. Our analysis is that this is being done very deliberately to bait Egypt into entering and right now, Egypt is seriously considering it,” Otaiba wrote.

“What could come next is a direct military confrontation between Egypt and Turkey," going on to say, "If anyone thinks Libya is messy now, this will make it 100 times worse."

It does not, however, refer to the heavy Russian or Emirati presence in Libya, both being the primary backers of warlord Khalifa Haftar, despite making the contradictory claim in the message that having Turkey "set up shop on its (Egypt's) border" would be the equivalent of "having China in place of Canada, and Russia in place of Mexico."

“The Ambassador and UAE leadership are very concerned with the developments relating to Libya. The Ambassador has asked that I share the below messages to everyone who is tracking Libya and I urge you to share this message with your respective members immediately. Things are developing quickly and are very concerning,” it went on to state.

The message sent by Otaiba, through Elawad, alleged that Turkey was escalating the conflict in Libya by sending “terrorists” to Libya to the war torn country and attempting to lure Egypt into the conflict by deploying naval vessels near Egypt’s Mediterranean coast.

Turkey has been active in Libya supporting the Tripoli-based GNA, recognised by the UN, which is battling warlord Khalifa Haftar.

Haftar’s forces, the so-called Libyan National Army (LNA) are backed by Egypt, the UAE and Russia. They launched an assault in April 2019 to Tripoli from the GNA.

The LNA has been accused by the GNA, the UN and the human rights group, Human Rights Watch, of violations including planting landmines in residential areas, some of which were of Russian origin.

Haftar's fighters hurriedly withdrew from the southern outskirts of Tripoli and the entire west of Libya earlier this month after repeated GNA victories.

They have retreated as far as Sirte, a Libyan city on the Mediterranean roughly 2,000km from the Egyptian border.

The UAE has been one of the strongest backers of Khalifa Haftar, along with Russia, even turning Saudi Arabia into a subordinate ally in the North African country.

The UAE is widely observed to be the one pushing Egypt into a military intervention in Libya on behalf of Haftar - a move that many within Egypt's military are not on board with.

The message from the UAE alleges that Egypt cannot allow a country that supports the “Muslim Brotherhood” to “set up shop” on its border.

The Muslim Brotherhood is an Islamic political movement that has met harsh resistance from regional players like the UAE. After the Egyptian revolution in 2011, the country’s first democratic election saw an MB government with President Mohammed Morsi overwhelmingly elected.

Morsi’s government was later overthrown in a military coup in 2013, and President Abdel Fattah el Sisi took control of the country.

With Sirte sitting circa 2,000 kilometres from the Egyptian border, it is unclear why the city has been called a “red line” by Egyptian authorities.

However, Sirte is often called the gateway to the "oil crescent”. It connects with the ports of Sidra, Ras Lanuf, Marsa el Brega and Zuwetine. These locales feature 11 oil pipelines and three gas conduits that reach the Mediterranean coast.

Whichever authorities control Sirte will be able to take control of over 350km of coast to Benghazi, about 600km from the border with Egypt.

This area is important to Libya’s future, as hydrocarbons account for a large portion of the country’s income.

Before the war, roughly 96 percent of the country's income came from hydrocarbons.

While Otaiba’s message appears to be requesting the US to intervene, Washington’s intentions remain unclear.

The UAE embassy in Washington and Akin Gump did not respond for comment.

David Mack, a former Deputy Assistant Secretary of State for Near East Affairs and expert at the Middle East Institute think tank in Washington, told Al Jazeera Arabic that the Americans are determined to “not allow the Russians to make Libya another Syria."

As one of Haftar's main backers, Abu Dhabi has supplied Haftar with advanced weaponry systems in violation of the UN arms embargo.

A UN report revealed that the UAE supplied Haftar with the Russian-made advanced air defence systems, Pantsir S-1s, which were installed at the al-Jufra base near the town of Gharyan.

Another UN report in 2017 said that the Gulf country was behind the construction of an airbase in eastern Libya and provided Haftar with aircraft as well as military vehicles.

Reports in April 2020 emerged that UAE-based companies shipped 11,000 tonnes of jet fuel to Haftar - a repeat violation of the international arms embargo.

The shipment is under investigation by the UN and is believed to have had a market value of $5 million at the time it was loaded in the UAE and was delivered last month to eastern Libya, Haftar’s headquarters. 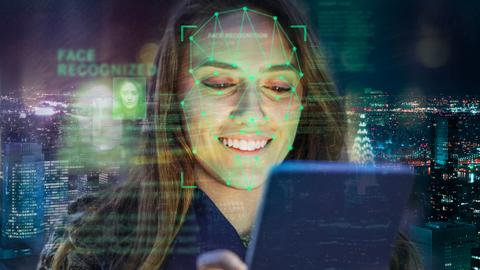 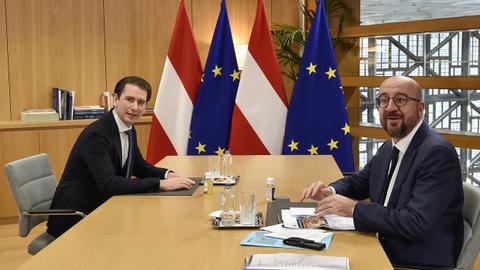 Austria fails to weed out corruption in judiciary and parliament

1
Chemical attack victims file a criminal complaint against the Syrian regime
2
China is winning the digital currency race. Can it unseat the dollar?
3
Austria fails to weed out corruption in judiciary and parliament
4
Facebook mulls legality of facial recognition when far more is at stake
5
Will the push to tax the super-rich work?