The fear of possible defaulting of Chinese real estate giant Evergrande has caused broad sell-off in global financial markets, even causing a dip in cryptocurrencies.

China’s one of the biggest real estate developers Evergrande’s struggle to avoid defaulting on tens of billions of dollars of debt has pushed the global financial system into a cycle of uncertainty.

As the Evergrande crisis sweeps through global markets, the price of Bitcoin has dipped nine percent to less than $42,669 while Etherium, another strong cryptocurrency, dropped almost 10 percent to $2,940 on Monday.

Bitcoin and Etherium marked each of their lowest prices since August while the value of the global cryptocurrencies has lost $250 billion.

The concerns of a potential huge debt default in China sparked a widespread market sell-off.

Not only digital markets, but also traditional stock markets were affected from the ongoing risk of failure of Chinese real estate giant.

On Monday, the US’s Wall Street fell in a broad sell-off, with the S&P 500 and Nasdaq suffering their biggest daily percentage drops since May.

American technology giants, Microsoft, Alphabet, Amazon, Apple, Facebook and Tesla, were among the biggest drags on the Nasdaq and the S&P 500.

On the other hand, Tokyo's Nikkei 225 stock exchange posted on Tuesday its largest one-day decrease, 2.17 percent, in the last three months while Chinese markets were closed for a national holiday.

Especially, the market value of the Japanese companies with operations in China has declined more, such as Hitachi Construction Machinery losing over five percent of its value.

When it comes to gold, its prices recovered on Monday from a more than one-month low of $1,741.86 as concerns over the fallout from property developer Evergrande’s solvency issues spooked stock markets worldwide and drove investors to safe-haven assets.

The uncertainty of the situation of the Chinese giant fuels fear for the global financial actors as Chinese regulators have not yet said what they might do about Evergrande Group.

It is expected from Beijing to intervene if Evergrande and lenders can’t agree on how to handle its debts, but any official resolution is expected to involve losses for banks and bondholders.

Evergrande is seen as the biggest casualty yet from the ruling Communist Party’s effort to rein in surging debt levels Beijing sees as a possible threat to the economy.

While some commentators describe the Evergrande crisis as China’s “Lehman moment,” referring to the bankruptcy of Lehman Brothers, which was a forerunner to the 2008 crisis.

However, the risk of global market contagion could be low as it has  $18 billion of outstanding foreign-currency bonds and has $215 billion worth of land and partially completed projects.

“A managed default or even messy collapse of Evergrande would have little global impact beyond some market turbulence,” said MacAdam of Capital Economics.

Investors are currently waiting to see what China might do.

What is the Evergrande crisis?

Evergrande Group was founded in 1996 and is currently operating in building apartments, office towers and shopping malls which makes it China’s one of its biggest private sector conglomerates.

Evergrande’s Hong Kong-traded shares have fallen 85% since early 2021. Its bonds are trading at an equally deep discount

However, the company has been financing with borrowed money. As of June 30, Evergrande reported $310 billion of outstanding debts to bondholders, banks, construction contractors and other creditors.

$37.3 billion of that debt was due within a year which is nearly triple Evergrande's $13.5 billion in cash holdings, according to a company financial report. 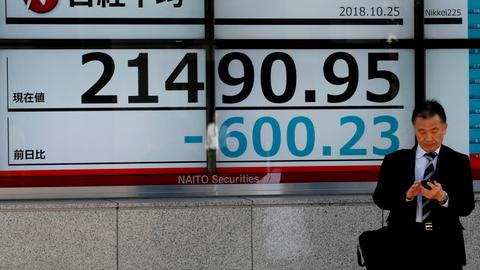