What you need to know about Mozambique’s growing insurgency

With the world distracted, Mozambique is facing a growing humanitarian crisis.

In 2020, the world has been buffeted by consecutive crises as a result of the global pandemic and now the enthralling, yet slow-moving political uncertainty that has engulfed the United States.

Lost amid the haze of this year, Mozambique's oil-rich Cabo Delgado province has seen a simmering insurgency increasingly worsen.

The insurgents, calling themselves "Al-Shabaab", although no relation to the other Al-Shabaab movement in Somalia that has also been waging another insurgency since 2008, began in 2017.

So what do we know about the group?

Militant attacks in Cabo Delgado province date back to 2017 when a group of disaffected youths attacked a police station to free their friend. Since then, the militants now boast more than 1,000 fighters.

2020 has seen the group grow in potency as well as being behind increasingly sophisticated attacks which counter-insurgency authorities have struggled to contain.

Since the group's first attack in the province of Cabo Delgado, militants have taken control of the strategic port of Mocimboa da Praia which is particularly important for gas companies operating in the oil-rich region.

Al-Shabab, which also goes by the name of Ahlu-Sunnah Wa-Jama (ASWJ), is considered the Mozambique affiliate of ISIS (Daesh).

The militant group is seeking to establish an Islamic emirate in the north-eastern region of Mozambique.

Initially, followers of the Kenyan Muslim cleric, Rogo Mohammed, began a religious movement which appeared around 2015. The Kenyan cleric was known to have close links to Al-Shabaab militants in Somalia and in 2012, was assassinated by the Kenyan authorities, according to some local accounts.

Militant followers of Mozambique’s Al-Shabaab attempted to instil an austere and narrow interpretation of Islam which was not widely accepted by local Muslims, resulting in the group using increasing force to push its way through.

The militants also took advantage of a dispute between local security services who had been fired by the central government, who then went on to train the militants to fight against central authorities.

Since then, the government has found it difficult to quell the insurgency.

According to the latest available figures, the militants, as of October, have committed 445 attacks, almost double it carried out in the same period last year which saw 231 attacks.

The group’s broad success has been largely attributed to its “sound organisational foundation, avoidance of common strategic errors, and exploitation of government counterinsurgency mistakes.”

As Al-Shabaab has increasingly taken over more villages, and the government has struggled to retake the port of Mocimboa da Praia it lost in August, the human toll has been significant.

According to the UN, more than 300,000 people have been displaced due to the fighting. It has left many without  “food and livelihoods.”

“The growing insecurity and poor infrastructure have meant that reaching out to people in need has become harder and now with COVID-19 the crisis becomes even more complex,” added the UN humanitarian agency.

The conflict has also left more than 2,000 people dead.

In September of this year, Mozambique’s government requested help from the European Union in a bid to train its forces to combat the escalating insurgency.

The EU agreed to help in training security forces to deal with the militants and the wider fallout resulting from the coronavirus pandemic. In November, it granted Mozambique $118 million (€100 million) to “support Mozambique's Government in meeting its most urgent budgetary needs during the pandemic, and keep education, health and social protection services in place for the most vulnerable people in the country.”

The country of almost 30 million people has struggled to regain its financial footing since it defaulted on $2 billion worth of debts it had largely hidden from the International Monetary Fund and its international donors.

Ever since 2016, the EU has suspended any aid that was going to the impoverished country due to its financial malfeasance.

Mozambique’s recent oil and gas discoveries, largely in the areas of an active insurgency, are estimated to bring in $95 billion over a period of 25 years.

Whether the government can quell the insurgency and provide increasing opportunities to its impoverished population remains to be seen, but for now, the lure of the militants will define the future direction of the nation and hence the lifespan of the insurgency. 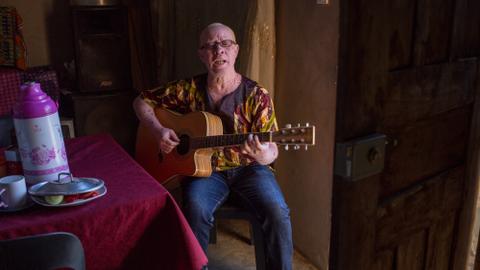