Who is Viktor Bout? Blinken’s latest bargaining chip with Russia

Dubbed the Merchant of Death and Sanctions Buster, this alleged Russian arms dealer was known for his global operations, extensive clientele and amorality. Now he’s the latest pawn in the US-Russia game of chess.

The United States has proposed an offer to Russia to release two captured Americans – basketball player Brittney Griner and former marine Paul Whelan – in exchange for the freedom of an alleged imprisoned Russian arms dealer.

Secretary of State Antony said on Wednesday the Americans "have been wrongfully detained” and the US “put a substantial proposal on the table weeks ago to facilitate their release.”

Blinken said he expects a telephone call "in the coming days" with Foreign Minister Sergey Lavrov in which he will “use the conversation to follow up personally” on the offer.

American media reported on the potential prisoner exchange but Blinken declined to confirm reports that the pair would be traded with Viktor Bout.

But Bout’s name has now flooded US media, as curiosity peaks over the Russian businessman who evaded international arrest warrants for years and even inspired an arms-dealer character in the 2005 movie "Lord of War.”

Viktor Anatolyevich Bout is a entrepreneur and former translator for the Soviet military who has been held at a medium-security US federal prison since 2012.

A jury sentenced him to 25 years in prison after convicting him of conspiring to kill US citizens and officials, delivery of anti-aircraft missiles and providing aid to a terrorist organisation.

When Bout was sentenced, the US attorney in Manhattan at the time said the Russian “has been international arms trafficking enemy number one for many years, arming some of the most violent conflicts around the globe."

According to US officials he had agreed to provide a number of military-grade weapons to the rebel group Revolutionary Armed Forces of Colombia (FARC).

Bout maintains his innocence as simply a businessman and the Kremlin has demanded his release for years after slamming his sentencing as "baseless and biased.”

But his 2012 sentencing was not the first time Bout was accused of supplying weapons to conflict zones. He has been accused by the US and the UK of fuelling global conflicts for years, such as in Liberia, Sierra Leone and Afghanistan.

Bout's origins and date of birth are unclear but he states his birthplace as Dushanbe, now the capital of Tajikistan, and it is suspected he is in his 50s.

At 18-years-old, Bout was enlisted into the Soviet Army where he spent two years with an infantry brigade in western Ukraine, he told The New Yorker in 2012.

After his military term ended, he studied at Moscow’s Military Institute of Foreign Languages, which the CIA calls a “breeding ground” for Russian intelligence officers.

At the institute, he learned to speak six languages: Russian, Portuguese, English, French, Arabic and Persian. In addition, he is reported to be fluent in the international language Esperanto, which he learned at age 12.

He also served in the Soviet Armed Forces as a translator with a lieutenant rank, according to his website. But some sources also say he was a major in the GRU or an officer in the Soviet Air Forces, and also graduated from a Soviet military intelligence training program.

After the collapse of the Soviet army, Bout started an air cargo business called Air Cress in 1995 using a small fleet of Russian planes. As the company grew, he allegedly used it to transport weapons from Eastern Europe to Africa and the Middle East during the 1990s and early 2000s.

READ MORE: Why are global arms sales increasing despite the pandemic?

Concerned about the advancement of the Taliban in the region, Massoud asked for Bout’s assistance in the supply of weapons. Without experience in the arms game, Bout sought the help of Bulgarian arms dealer Peter Mirchev to fulfil the large request.

While Mirchev handled the supply, Bout agreed to manage the transportation of the weapons and thus began his arms-dealing career that soon after expanded to other countries including Angola which was in the midst of a civil war that began in 1975.

Not only he has been accused of supplying crates of weapons such as grenades and AK-47s to rebel forces led by Jonas Savimbi (UNITA) but also to the Angolan government battling UNITA.

Bout’s business deals were seen as “directly undermining our efforts to bring peace” to the region, the Deputy Assistant Secretary of State for African Affairs at the time, Witney Schneidman, said.

US officials froze his American assets in 2004 and blocked any US transactions after allegations of his trafficking activities in Liberia.

Other reports alleged Bout’s planes transported Al Qaeda’s gold reserves out of Afghanistan following the US’ invasion and supplied rockets to Hezbollah.

Bout was arrested during a sting operation in Thailand in 2008.

Undercover United States Drug Enforcement Administration (DEA) operatives purportedly posed as members of the FARC to meet with Bout about purchasing weapons to be used against American forces.

Bout agreed to supply the anti-aircraft missiles to the undercover agents in the meeting and was seized by Thai policemen and the DEA after.

After being sentenced in the US, Bout is now held at The US Penitentiary in Marion (USP Marion).

But with more than half of this jail-time remaining, it remains to be seen whether Biden is truly considering him in the prisoner swap with Russia as conflict continues to rage in Ukraine. 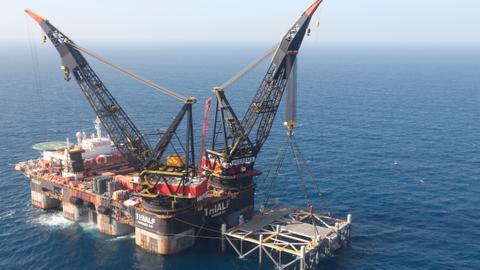 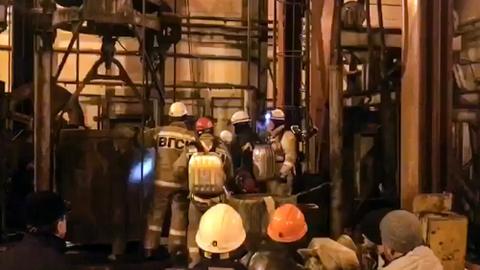