From military to geopolitics, Ukraine would deliver NATO significant leverage over Russian influence in Eastern Europe and the Black Sea.

Ukrainian President Volodymyr Zelenskiy says that he wants a clear "yes" or "no" from US President Joe Biden on giving Ukraine entry to the North Atlantic Treaty Organization (NATO).

It has since become one of the most talked about topics emerging out of the alliance summit in Brussels on Monday.

Ukraine has been in a conflict with Russian-backed separatists for seven years, and will welcome entering the alliance through a Membership Action Plan(MAP).

"NATO leaders confirmed that (Ukraine) will become a member of the Alliance & the #MAP is an integral part of the membership process," Zelenskiy wrote on Twitter.

Commend @NATO partners' understanding of all the risks and challenges we face. NATO leaders confirmed that 🇺🇦 will become a member of the Alliance & the #MAP is an integral part of the membership process. 🇺🇦 deserves due appreciation of its role in ensuring Euro-Atlantic security

Ukraine deserves membership and “due appreciation of its role in ensuring Euro-Atlantic security,” he added.

On the other hand, US President Joe Biden said: “it remains to be seen," when asked about Ukraine’s membership.

Russian President Vladimir Putin said Mikhail Gorbachev, the last leader of Soviet Union “got a promise— a verbal promise— that— there would be no NATO expansion to the east.”

However, there is no proof of this, even Gorbachev said the topic was not discussed at the time.

Putin had previously threatened Ukraine in 2008 that it would point its missiles at the country if its neighbour joins NATO and accepts the deployment of US missiles.

But why is Russia so alarmed?

Ukraine, a former member of the Union of Soviet Socialist Republics (USSR), occupies a unique position geographically, militarily and diplomatically.

In recent years, Ukraine showed exceptional resistance to Russian aggression since the annexation of Crimea in 2014.

Despite public support among Ukranians decreasing sometimes, the country’s public has a generally positive perception of joining NATO.

According to an opinion poll carried out in 2019, more than half of all Ukranians, 53 percent, support joining NATO.

The Ukrainian military has been resisting and combatting Russian aggression within its territory giving them “first hand knowledge of Russian military thinking and action,” according to a policy paper titled “Why NATO May Want Ukraine” published in 2018.

Top commanders in Ukraine were educated and trained alongside their Russian counterparts, which gives NATO an advantage in studying the Russians.

Ukraine has been providing assistance to NATO in the Balkans, Afghanistan, Iraq, and the Mediterranean sea nearly for three decades.

On the other hand, the country’s position could be used effectively to deploy NATO troops and equipment from other European member states.

Kyiv spends nearly five percent of its GDP on defence annually which is more than all of the member states, even the US.

The country’s geopolitical importance is critical to NATO members in Europe as Ukraine has a 1,400 kilometer border with Poland, Slovakia, Romania and Hungary. If the country develops close ties with Russia, like Belarus, these four countries would have no physical buffer between them and Russia.

The country also has more than 2,000 kilometer long borders with Russia which forces Moscow to spend more resources on its southwestern border.

Sitting on the Black Sea, which is so critical to the Russain navy, gives geopolitical importance to Ukraine for NATO and would increase NATO’s dominance in the Black sea.

While Ukraine has a lot to offer NATO, a fear of Russian aggression among Western countries is one of the main reasons Ukraine still is not a member of NATO. 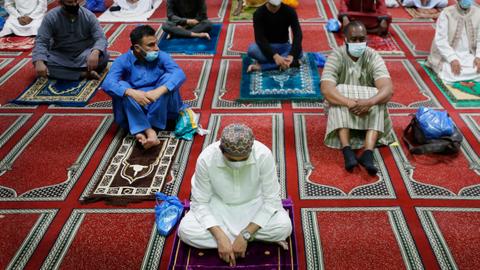