Leaders from UAE, Jordan, Iraq, Bahrain and Egypt to discuss the dispute pitting Cairo and Khartoum against Ethiopia over its Nile dam, regional conflicts and Israel's assault on besieged Gaza, according to Egyptian media.

Egyptian President Abdel Fattah el Sisi has met with the leaders of the United Arab Emirates (UAE), Bahrain, Jordan and Iraq ahead of a five-way Arab summit.

The five leaders "exchanged views on ways to strengthen bilateral relations and cooperation" between their countries, the Egyptian presidency said in a statement.

The Egyptian presidency said the formal summit would open on Tuesday after Egyptian media earlier said it would begin on Monday.

The meeting takes place in Al Alamein city, northwestern Egypt, the scene of one of the fiercest battles of World War II that helped decide the conflict's outcome.

According to Egyptian media, the summit will discuss regional issues and "enhancing bilateral ties to face joint challenges.”

Official Egyptian daily Al Ahram, citing a diplomatic source, said the dispute pitting Egypt and Sudan against Ethiopia over its $4.2 billion Renaissance Dam on the Nile would also be up for discussion, as well as the conflicts in Yemen, Syria and Libya, and the latest Israel's assault on besieged Gaza earlier this month.

Among the summit participants, Iraq is the only country not to recognise Israel.

Many of the Gulf nations — Saudi Arabia in particular — have grave concerns about Iran’s activity in the region. They fear reviving the 2015 nuclear deal would include economic relief for Tehran’s hard-line regime, allowing it to expand its meddling in their internal affairs.

The summit comes almost a month after a US-Arab summit in Saudi Arabia, which was attended by the five leaders, along with US President Joe Biden and others. 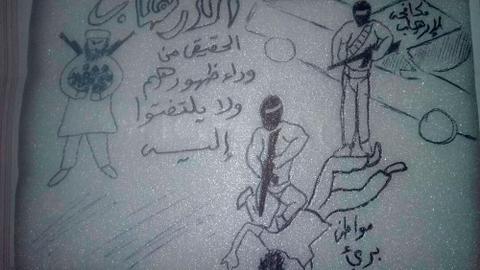