Iraq's Kirkuk has a diverse ethnic makeup. Turkmen, Arabs, Kurds and Christians all live there. Ahead of parliamentary elections, minority leaders are calling for cooperation.

Iraq, a country marred by deep divisions, will hold its parliamentary elections this weekend.

One city where those divisions are especially exposed is Kirkuk.

It came back under the control of the central government in Baghdad after the autonomous Kurdish Regional Government (KRG) based in Erbil, which had occupied Kirkuk, held a disputed independence referendum in the country's north last year.

Following the referendum, the KRG's peshmerga forces retreated in the face of central government troops who had amassed near the city in preparation for military action.

In previous elections, US-backed Kurdish parties have had the upper hand, butTRT World's Sara Firth went to find out if this time will be different. 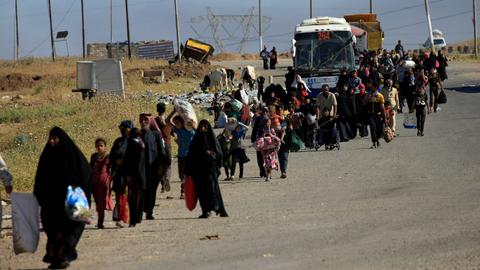