Israeli Prime Minister Benjamin Netanyahu said the country will implement the "accelerated removal" of almost 40,000 migrants in the country, most of whom come from Sudan and Eritrea.

Ministers unanimously approved plans to shutter the Holot centre in southern Israel and gave migrants a three-month deadline to leave the country or face deportation, said the interior and public security ministries.

"The infiltrators will have the option to be imprisoned or leave the country," the public security ministry said in a statement.

Israeli official figures from June 30 show a total of 38,043 African migrants in the country.

They include 27,494 Eritreans and 7,869 Sudanese, and their presence in south Tel Aviv has raised discontent among Israelis there and elsewhere.

Speaking ahead of Sunday's vote, Netanyahu noted that after building a fence on the Egyptian border and deporting some 20,000 African migrants through various deals, Israel has reached the third stage of its efforts -- "accelerated removal."

"This removal is taking place thanks to an international agreement I reached that enables us to remove the 40,000 infiltrators remaining, remove them without their consent," he told ministers.

"This will enable us to close down Holot and allocate some of the large funds going there to inspectors and removing more people," said Netanyahu.

Holot, an open facility in the desert that can host 1,200 migrants who are allowed to leave to work during the day, would be closed three months from December 16, according to the decision.

A public security ministry spokesman said an extension to that deadline would be set if necessary.

Ahead of the vote, Public Security Minister Gilad Erdan said Holot had become "a hotel for infiltrators at the tax-payers' expense that does not encourage their exit" and costs 240 million shekels ($68 million, 58 million euros) a year.

In a Twitter statement, Erdan however stressed the closure of Holot was conditioned on "us seeing that the policy of removing infiltrators to a third country was indeed taking place."

Neither Erdan nor Netanyahu gave details about the deal and the third country.

Israel tacitly recognises the Sudanese and Eritreans cannot be returned to their dangerous homelands, so it has signed deals with Rwanda and Uganda, which agree to accept departing migrants on condition they consent to the arrangement, according to activists. 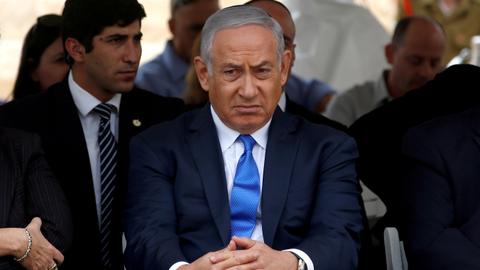 Netanyahu takes on defence post amid call for early polls 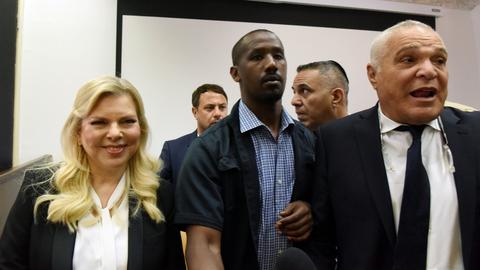