Kathrada, who was jailed for life with Nelson Mandela, passed away after a short illness in Johannesburg.

Veteran South African anti-apartheid activist Ahmed Kathrada died on Tuesday at the age of 87 after surgery to his brain after blood clotting.

Tributes poured in for Kathrada who was affectionately known as "Uncle Kathy."

We are deeply saddened to learn this morning of the passing on of our dear friend & founding trustee, Ahmed #Kathrada. Hamba Kahle Kathy pic.twitter.com/VUPvGugmK1

Born to immigrant Indian parents in the small town of Schweizer-Reneke in the North West Province just before the Great Depression in 1929, Kathrada became involved in politics at the age of 12 when he distributed leaflets for the Young Communist League of South Africa.

Following decades of activism, Kathrada was sentenced to life imprisonment and hard labour in 1964, together with seven other ANC luminaries including Nelson Mandela, Walter Sisulu and Govan Mbeki, after a guilty verdict during the Rivonia treason trail.

Kathrada was released from prison in October 1989.

After the end of apartheid, he served from 1994 to 1999 as parliamentary counsellor to president Mandela in the first African National Congress (ANC) government. He remained a leader of the South African Communist Party until he resigned when he was elected to the ANC National Executive Committee in July 1991.

Kathrada went on the Hajj pilgrimage to Mecca in 1992.

​Kathrada passed away peacefully at the Donald Gordon Hospital in Johannesburg after a short period of illness following surgery conducted earlier this month, the Ahmed Kathrada Foundation said.

He was arrested on the outskirts of Johannesburg in July 1963 when the police swooped on Liliesleaf Farm in the suburb or Rivonia, where he was meeting with others "banned" by the apartheid government.

Their arrest led to the Rivonia trial in which eight accused, including Mandela, were sentenced to life imprisonment with hard labour.

After his release from prison, Kathrada served a member of parliament and married anti-apartheid activist Barbara Hogan, who herself had been sentenced to 10 years in jail for high treason against the apartheid government in 1982.

In April last year Kathrada called on Zuma to resign after South Africa's highest court found that Zuma had violated his oath of office by refusing to pay back public money spent on upgrading his rural home.

"I know that if I were in the president's shoes, I would step down with immediate effect," he said.

I believe that is what would help the country to find its way out of a path that it never imagined it would be on, but one that it must move out of soon.
Source: TRT World
Related News 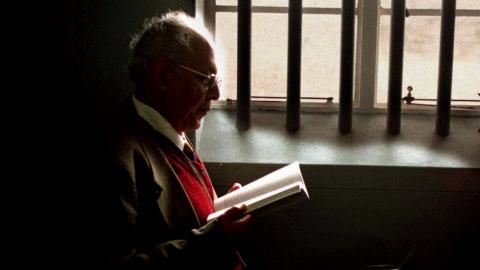 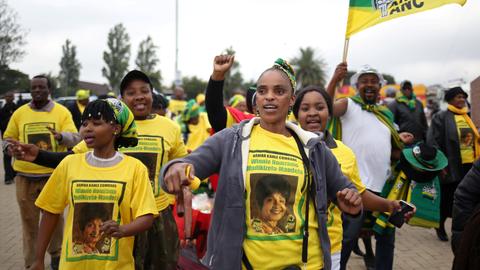