The US has announced rewards for information leading to the identification and location of three PKK leaders who played a major part in the terror organisation’s indiscriminate attacks on civilians and security personnel.

The US State Department announced on Tuesday that it had put a combined bounty of $12 million on three key leaders of the PKK, a terror group that has waged a deadly terror campaign against Washington’s NATO ally Turkey for four decades.

In September 2014, Washington began cooperating with PKK's Syrian branch YPG, against Daesh - a move that Turkey has long objected to. A year later the US founded the YPG-dominated Syrian Democratic Forces (SDF) as a rebranding of the group.

Despite US intelligence reports and officials acknowledging the YPG as the PKK’s Syrian militia, Washington refuses to recognise the same in its policy.

Turkish Presidential Spokesperson Ibrahim Kalin commented on the decision saying that the US can’t deceive anyone by distinguishing the YPG from the PKK.

Turkey's Defence Minister Hulusi Akar says the US must fix "as soon as possible" the policy of slapping bounties on PKK terrorists and simultaneously arming YPG.

Convicted with several life sentences for their crimes against Turkish citizens and armed forces across Turkey, these are the PKK commanders wanted by the US:

Murat Karayilan, also known as Cemal, is one of the co-founders of the PKK. He features on the Turkish Interior Ministry’s “most wanted terrorists” list. He joined the PKK in 1979 and became the de facto leader of the group after the group's ideological fountainhead Abdullah Ocalan was captured by Turkish intelligence agents in 1999. The leadership of the organisation moved to Iraq’s mountainous Qandil region shortly afterwards.

The US Office of Foreign Assets Control (OFAC) announced that it counted Karayilan among "significant foreign narcotics traffickers" in the same year he took the reigns of the PKK.

Karayilan was assigned the new commander-in-chief of HPG, the PKK's armed wing in 2014.

On December 13 2016, the chief prosecutor of Turkey’s Mardin province also issued warrants for the arrest of Karayilan and Duran Kalkan, another PKK commander, following a PKK murder of Derik District Governor Muhammet Fatih Safiturk, 35, in his office with hand-made explosives. Safiturk had recently been appointed as the district's mayor after the previous mayor was detained, facing charges of having links with the PKK.

Another one of the founders of the PKK, Cemil Bayik, aka Cuma, took leadership of the organisation in 2013 after Karayilan became the co-chair of the PKK's parent organisation, KCK. The KCK is a political organisation committed to implementing Ocalan’s ideology of Democratic Confederalism.

Known as the second most important name of the PKK, Bayik took responsibility for PKK camps in Syria, Lebanon and Iraq, and bureaus in Europe. He fled Turkey following the September 12, 1980 coup in the country.

In some of his books, Ocalan criticises Bayik’s leadership for being overtly violent - even for the PKK’s standards. Bayik was also designated as a "significant foreign narcotics trafficker” by the US in 1999.

During the first year of his leadership, the Turkish state launched the 2013 "Resolution Process," better-known as the peace process, aimed at disarming the group and addressing the Kurdish grievances in Turkey.

However, the process only lasted until 2015, when the PKK killed Turkish police officers in their houses in Sanliurfa. The Turkish army then retaliated with air strikes on PKK positions.

During those two years, the PKK leadership ordered its militant wings across Turkey’s southeast and eastern regions to prepare for trench warfare against the Turkish state. From Sirnak-Cizre to Diyarbakir's, central Sur district, the militants dug trenches and placed explosives - a move widely seen by experts as the reason why the peace process collapsed.

Also known as Selahattin Abbas, Kalkan is a Turkish commander of the PKK who worked as the transactional money officer for the organisation in Germany between 1980 and 1990.

He moved to Northern Iraq to evade arrest warrants but was later put on trial in Dusseldorf in 1988.

He has also been on the Turkish state’s most wanted list since 2015.

After a PKK attack in the Turkish capital Ankara in 2016, that killed 29 people, Kalkan was quoted saying that it was a well-deserved attack for the Turkish state.

The US State Department's Rewards for Justice Program said Kalkan was responsible for an attack that killed seven Turkish soldiers in December 2009. 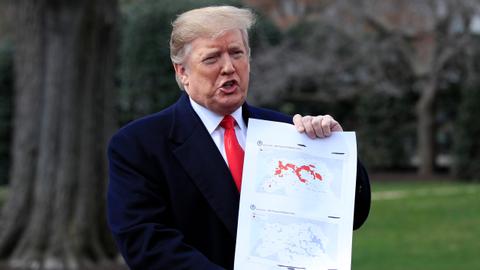 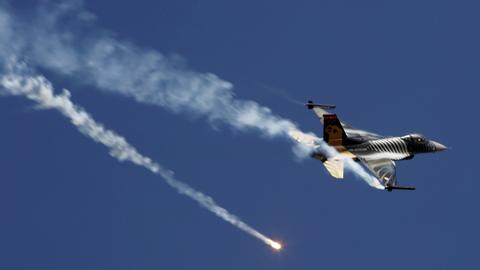