A Saudi citizen and a Yemeni resident were killed as a result of a Houthi projectile that hit the southern Saudi region of Jazan on Friday, Saudi Press Agency said in a statement.

Saudi media reported that Yemen's Houthi rebels wounded five Saudis and another who was a Bangladeshi national.

The Saudi-led coalition fighting the Iran-aligned Houthis in Yemen carried an attack later on Friday to address what it called "the attacks origins" and said it will follow that with a wider attack over Houthi military targets.

Two shopping markets and twelve vehicles were also damaged by the shrapnels of the rocket, the statement said.

Houthi's Friday's cross-border attacks come after the Saudi-led coalition struck a Houthi military camp in the center of the Yemeni Capital Sanaa early on Friday.

The cross-border attack is the latest in Yemen's long-running civil war by the Shiite Houthis following a series of Saudi-led military coalition airstrikes on the Yemeni rebel-held capital of Sanaa.

Yemen's war erupted in 2015 when the Iran-backed Houthis seized Sanaa and much of the country's north. Months later, the US-backed Saudi-led coalition intervened to oust the Houthi threat on its southern border and restore the internationally recognised government.

Since the war began, the Houthis have repeatedly staged drone attacks and fired missiles across the border at airports, oil facilities and other installations in Saudi Arabia. 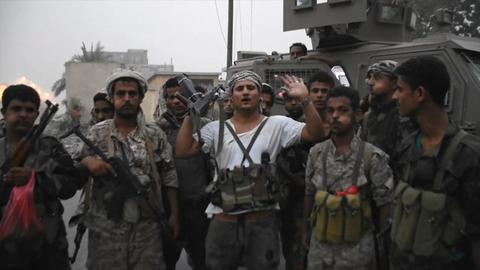 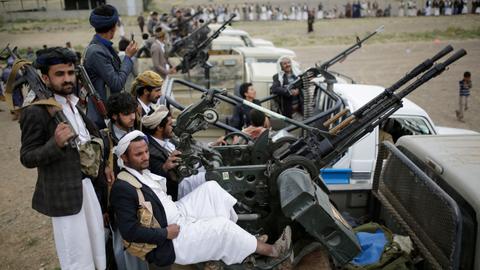