Israel, Jordan sign MOU to move ahead with water-for-energy deal

The plan is for Jordan to build 600 megawatts of solar power capacity that would be exported to Israel and in return, Israel would provide water-scarce Jordan with 200 million cubic metres of desalinated water.

Israel and Jordan have signed a memorandum of understanding (MOU) to move ahead with a water-for-energy deal after an initial examination of the project found it to be feasible.

The MOU was signed on Tuesday at the COP27 climate summit in Egypt at an event hosted by the United Arab Emirates, which in 2020 became the first Gulf state to normalise relations with Israel and has been a partner in the project.

The idea, first announced a year ago, is for Jordan to build 600 megawatts of solar power capacity that would be exported to Israel. In return, Israel would provide water-scarce Jordan with 200 million cubic metres (mcm) of desalinated water.

Israel's Energy Ministry said teams from each country met regularly over the past year while examining the financial, planning and regulatory aspects of the project.

The signing on Tuesday, the ministry said, "expresses the countries' shared desire to deal with the climate crisis through cross-border cooperation".

The Middle East is highly vulnerable to climate change and this will be the first such cooperation between Israel and Jordan. 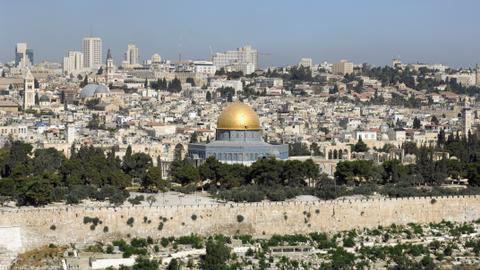