Israel is waging a "last-minute" offensive to convince its allies to halt talks on reviving the Iran nuclear deal with a flurry of diplomatic trips, calls to Western leaders and press briefings.

Lapid said on Wednesday that the money would be used by Hamas, Hezbollah and the Islamic Jihad to "undermine stability in the Middle East and spread terror around the globe."

His remarks come a day after US officials said Iran had agreed to ease key demands that had held up reaching an agreement.

"On the table right now is a bad deal. It would give Iran $100 billion a year," Lapid told journalists.

Israel is dispatching Defence Minister Benny Gantz on Thursday to Washington, where his team said Iran would be on the agenda of bilateral talks.

The 2015 accord, which is designed to prevent Iran from developing a nuclear weapon, has been on life-support since the unilateral withdrawal in 2018 by then-US president Donald Trump, a move celebrated by Israel.

Joe Biden has sought to return the US to the accord, and after a year and a half of on-off talks, recent progress on reaching an agreement has put Israel on edge.

The United States is expected to give its opinion shortly on Iran's response to a "final" proposed text submitted by the European Union to revive the accord.

READ MORE: What if the Iran nuclear deal falls through?

US officials announced a potential breakthrough on Tuesday, saying Iran had dropped demands to block some UN inspections of its nuclear facilities.

Tehran has also relaxed its insistence on a key sticking point — that Washington remove Islamic Revolutionary Guard Corps from a terrorism blacklist.

Despite the apparent shift in Iran's position, Israel remains staunchly opposed to a deal which would see the lifting of economic sanctions imposed on the Islamic republic.

"In our eyes, it does not meet the standards set by Biden himself: preventing Iran from becoming a nuclear state," Lapid said on the developments.

A senior Israeli official at the briefing criticised the draft text for not stipulating the destruction of centrifuges, which they said allowed Iran to "restart" them at a time it deemed appropriate.

Lapid's predecessor Naftali Bennett, a hardliner on Iran, this week pressed Biden to refrain from signing a deal "even at the last minute". 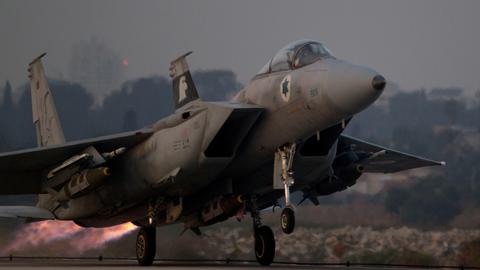