Jordanian child’s last message before death: ‘I will tell God everything’

Amir Al Rifai has died from cystic fibrosis days after his calls for government’s help to send him abroad for treatment failed.

The death of 12-year-old boy Amir Mohammed Hassan Al Rifai from cystic fibrosis has sparked a nationwide anger in Jordan, days after appealing for government’s help to send him abroad for treatment.

Amir died at Princess Rahma Children’s Hospital on Tuesday, a few days after he appeared in a video, calling for help.

“I am fed up and tired as no one wants to help me because my father is poor and could not do anything for me. But, I will tell God everything,” Amir said in his last heart-breaking message.

In several earlier videos, Amir’s father appealed for help from Jordanian authorities to send his son abroad for treatment.

“I already lost three sons before Amir, all had died of the same disease. I have been appealing to officials for more than 10 years, but to no avail, the grieving father said.

Amir’s last video went viral in Jordan, with social media users accusing the government of negligence and demanding social justice at a time officials and their children are being sent abroad for treatment.

Hundreds of Jordanians on Wednesday participated in the funeral of the boy, who was laid to rest in Al Ashrafiya town in Irbid Governorate, north of Jordan.

Cystic fibrosis is an inherited disorder that causes severe damage to the lungs, digestive system and other organs. It affects the cells that produce mucus, sweat and digestive juices.

The build-up of mucus prevents the release of digestive enzymes that help the body absorb food and key nutrients, resulting in malnutrition and poor growth. 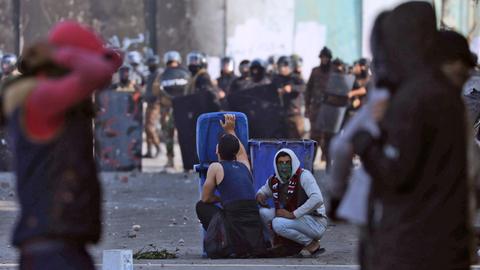