A meeting between Lebanese President Michel Aoun and US Ambassador Dorothy Shea has resulted in a proposed solution to the maritime border dispute with Israel.

Lebanon said it has received a letter from US mediator Amos Hochstein regarding a proposed solution to a maritime border dispute with Israel.

Lebanon and Israel are locked in a dispute over a maritime area of 860 square kilometres, according to maps sent by both countries to the UN in 2011.

The area is rich in natural gas and oil. Starting in 2020, five sessions of indirect negotiations have been held on the issue under UN sponsorship and US mediation, with the latest round held in May 2021.

Saturday's proposal came during a meeting between Lebanese President Michel Aoun and US Ambassador Dorothy Shea in the capital Beirut.

A statement by the Lebanese Presidency said Aoun received a "letter from Hochstein regarding proposals on demarcation of southern maritime border".

The statement, however, did not provide any further details about the US proposal. 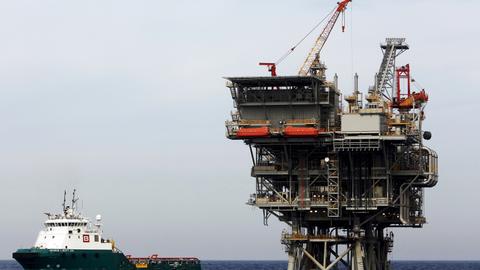