The medical charity Medecins Sans Frontieres (Doctors Without Borders) is closing most of its 37 cholera treatment centres in Yemen, saying the epidemic appears to have peaked. But thousands are still at risk, including unborn babies.

The cholera crisis in Yemen was triggered by the civil war and the conflict's strain on health services and the malfunction of sewage systems.

More than 2,000 people have died from the disease, and the World Health Organization (WHO) has recorded almost 900,000 cases. The International Committee for the Red Cross (ICRC) says that number could rise to a million by the end of the year.

Aid agencies say nearly half of new cholera cases and a third of deaths in Yemen are children under 15.

And as TRT World's Rahul Radhakrishnan reports, the victims include unborn children.

MSF says epidemic could be waning, but risk remains

However, in what could be a sign of a turning point for the crisis, the medical charity Medecins Sans Frontieres (Doctors Without Borders) is closing most of its 37 cholera treatment centres in Yemen, saying the epidemic appears to have peaked.

"The number of cholera cases reported in MSF treatment centres has significantly decreased since the peak of the outbreak. As a result, the medical organisation is closing the majority of its cholera treatment centres or reducing their capacity," MSF said on Monday.

Ghassan Abou Chaar, MSF head of mission in Yemen, said, "The cholera outbreak is not over but it is no longer our medical priority in Yemen. However, this should not eclipse the dire health situation of millions of Yemenis who are unable to access basic primary healthcare.”

Civil war in Yemen has killed more than 10,000 people since it began in March 2015. Yemen's war pits the armed Houthi movement that controls the capital, Sanaa, against the internationally-recognised government of President Abd Rabbu Mansour Hadi, which is backed by a Saudi-led coalition that has launched thousands of air strikes to restore him to power.

Cholera epidemics usually subside once the disease passes through a population, but aid agencies say the Yemen epidemic lasted longer and spread wider than they initially expected because of the war's toll on health care.

UN humanitarian chief Mark Lowcock said on Sunday that an aid effort by the WHO, United Nations Children’s Fund UNICEF, the ICRC and other agencies had managed to "largely contain the devastating cholera epidemic."

But he but warned it could flare up again without urgent investment in health, water and sanitation.

Alexandre Faite, head of the ICRC delegation in Yemen, said in October that the "health sector is really on its knees in Yemen ... the health staff is on its knees as well because they are not paid."

"Preventable illnesses and deaths are increasing in Yemen, and this can be partly attributed to the salary crisis," MSF said, noting that doctors, nurses and other public health workers had not been paid in 13 months. 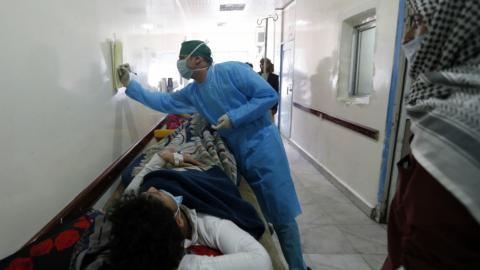 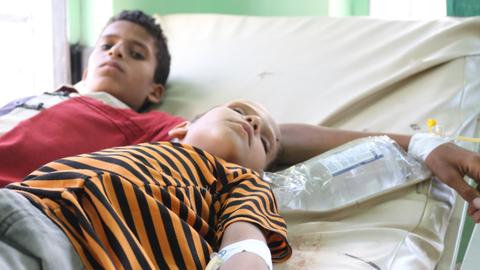