The initiatives spearheaded by filmmaker Rawan Damen aims to ensure supporters can advocate for the Palestinian cause in an age of fake news and misinformation.

Applications have opened for a new scheme aimed at countering misconceptions and misinformation on the Palestinian issue.

The ‘Palestine Ambassador’ initiative is a free online programme which will prepare supporters of the Palestinian cause with the knowledge and skills to raise awareness about the state and its ongoing occupation by Israel.

Available in Arabic, English, and Spanish, those who register for the programme will undergo a nine-month remote course, in which they can access documentaries and literature about Palestine and its history, in addition to live webinars and active discussion boards

Organisers say they want to equip as many people as possible with the tools to successfully advocate for and defend the Palestinian cause.

Rawan Damen, the Palestinian filmmaker spearheading the project, told TRT World that the project was needed now more than ever given the misrepresentation of Palestinians by some of the Arab and international media, as well as by pro-Israel groups.

“With the unjust annexation of Occupied Jerusalem, the Golan Heights on the one hand, and Zionist propaganda reaching vast audiences - even in the Arabic language- on the other...there is a clear need for an educational platform where any ordinary person can learn verified facts on Palestine,” Damen said.

The fight against bias

The rise of social media platforms, such as Twitter and Facebook, have allowed activists to counter propaganda against Palestinians but have also allowed those spreading misinformation to reach mass audiences.

But Damen’s comments also touch upon a shift in the way Arabs generally view the conflict and occupation of Palestinian lands.

Media outlets in the West have also focused their attention disproportionately on the Israeli narrative, whether that is in the news, or in movies and television shows.

The Palestine Ambassador project seeks to shift the onus on representing the Palestinian cause from media outlets to ordinary individuals.

“This is very important,” Damen said, adding: “The propaganda is huge in terms of quantity and quality. It is also firmly rooted in the Western mind in particular: books, novels, films…and so on.

“It will be their responsibility to stand up for such propaganda.”

While the project is due to formally launch in September, a soft launch has already attracted 300 registrations. A number of Palestinian and Arab NGOs have also expressed partnering with the project.

Participating organisations include; the Popular Conference for Palestinians Abroad, the Moroccan Observatory Against Normalization, the Palestinian Center for Policy Research and Strategic Studies (Masarat), Academy of Refugee Studies, the International Campaign for Preserving Palestinian Identity (Intimaa), Dar Al-Awda for Research and Publications, The Jordanian Engineers Association, Engineers for Palestine and Jerusalem, Association 302 for Defending the Rights of Refugees, Thabit Organization for the Right of Return. 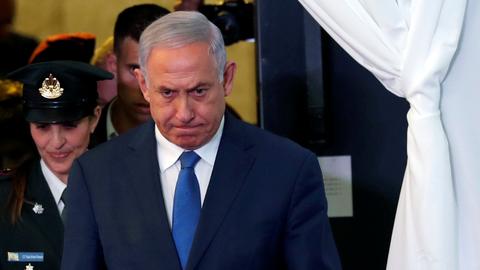 Netanyahu flies to Russia after threatening war in Gaza