UN special Yemeni envoy said warring sides failed to agree on an extension to a ceasefire in the Middle Eastern country.

A six-month truce in Yemen's war has expired without being extended, the United Nations' special envoy has said, urging calm and adding that negotiations are continuing.

Hans Grundberg said on Sunday efforts to extend and expand the ceasefire for a further six months had not been successful.

"The UN special envoy regrets that an agreement has not been reached today, as an extended and expanded truce would provide additional critical benefits to the population," a statement said.

"I urge (the warring parties) to fulfil their obligation to the Yemeni people to pursue every avenue for peace," the Swedish diplomat was quoted as saying.

The ceasefire, enacted for two months in April and renewed twice, has brought a sharp drop in fighting in the war between Iran-backed Houthi rebels and a Saudi-backed pro-government coalition.

The war, which has been raging since 2014, has killed hundreds of thousands directly or indirectly and has created the world's worst humanitarian crisis, according to the UN.

The Houthis, who have launched deadly drone and missile attacks on Saudi Arabia and coalition member the United Arab Emirates in the past, issued a warning to both countries.

"The (Houthi) armed forces give oil companies operating in the UAE and Saudi Arabia an opportunity to organise their situation and leave," tweeted military spokesman Yahya Saree.

"Forewarned is forearmed," he added, calling for a "truce that gives the Yemeni people the right to exploit their oil wealth in favor of the salary of the Yemeni state employees".

The lull has led to a 60 percent reduction in casualties while fuel imports into the Houthi-held port of Hodeida have quadrupled, humanitarian groups said on Thursday.

Sanaa residents say their daily lives have dramatically improved. Prices have come down as more essential goods entered the city even though key roads remain shut.

While the truce has largely held, the Houthis and the coalition blame each other for reported violations. 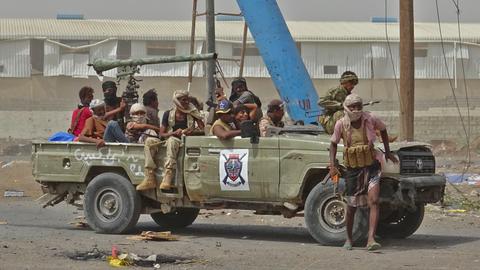