Saudi Arabia has come under increased scrutiny for civilian deaths and a humanitarian crisis in Yemen, where it supports the internationally-recognised government against Iranian-aligned Houthis in a nearly four-year-old civil war.

Women, some without headscarves, drove themselves to a Formula-E car race where thousands of young Saudis and hundreds of international visitors partied into the night at concerts by Enrique Iglesias, The Black Eyed Peas and DJ David Guetta.

It's a vision of Saudi Arabia that epitomises Crown Prince Mohammed bin Salman's top-down reform efforts. The spectacle would have been unthinkable until recently in the ultra-conservative kingdom where religious police used to enforce strict gender segregation, scolded women for not covering their hair and barged into restaurants to demand music be turned off.

The concerts and car race cap several months of profound change in Saudi Arabia, including the opening of the first movie theatre in April and the lifting of the world's only ban on women driving in June.

But there's a hard limit to the reforms — as revealed by the brutal killing of Saudi writer Jamal Khashoggi by Saudi agents close to the crown prince in October and the reported torture of several women's rights activists in detention. While the arena for fun is widening, the space for political engagement and dissent has virtually disappeared.

To improve or impair?

The 33-year-old crown prince, backed by his father King Salman, presides over a nation where he alone defines the pace and scope of change.

It's difficult to gauge the prince's domestic popularity, given the reservations and fear many have of criticising the leadership. But his reforms are popular among young Saudis who believe their cities should offer some of the glitz and entertainment of neighbouring Dubai or Abu Dhabi.

The death of Khashoggi, who was killed and dismembered inside the Saudi consulate in Istanbul, seemed a world away from the carefree atmosphere at the race last weekend where concert-goers belted out "Long live Salman" to house beats remixed by Guetta, the DJ.

Meanwhile, on the other side of town, three prominent women's rights activists are being held in Riyadh's Ha'ir Prison. They were arrested in May, enduring abuse and torture at the hands of masked interrogators in the Red Sea city of Jiddah before being transferred to Riyadh this month.

The women, among more than a dozen female activists being held, were whipped and caned on their backs and thighs, and electrocuted, according to five people with knowledge of their treatment. All spoke on condition of anonymity for fear of reprisal and to protect personal details about the detainees.

They said some of the women were forcibly touched and kissed, at least one was water-boarded and one attempted suicide during confinement. They said one woman was threatened with being raped, killed and dumped in a ditch, allegedly by a senior official wearing a mask. The detainee purportedly recognized him by some of his features.

The allegation could not be confirmed independently.

The government has denied charges of abuse as "wild claims" that are "simply wrong."

The arrest of women's rights activists, accused of vague national security crimes, was one of the incongruities in the reform agenda that Khashoggi wrote about in Washington Post columns before he was killed.

The kingdom denies the crown prince knew of the plot. He has been supported by President Donald Trump who has touted US-Saudi ties. The US Senate, however, passed a unanimous resolution saying it believes the crown prince is to blame for the murder. His critics point to US intelligence reports and say an operation like this could not have happened without his knowledge.

Those changes are being promoted cautiously at home.

While the English-language Saudi newspaper Arab News touted the Formula-E as a "coming of age" event for the reform agenda, the more widely seen Arabic-language state TV channel only briefly carried images of the crown prince at the race and did not show the concerts or women without headscarves— images that much of the Saudi public strongly disagrees with.

The reform agenda is fueled in part by the need to power the economy in the face of lower oil prices. Unemployment has risen to almost 13 percent, while the cost of electricity and water have skyrocketed as subsidies are rolled back. 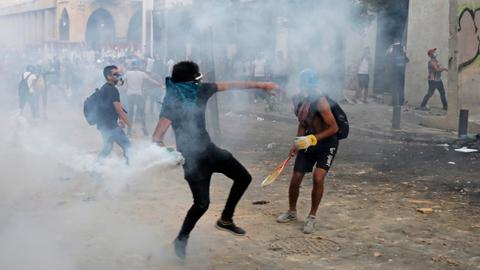