Syrian rebels ready to back Turkish operation east of Euphrates

Turkey's President Erdogan announced a new offensive in territory to the east of the Euphrates that is being held by the YPG. Although the YPG is backed by the US, Turkey considers it the Syrian branch of the PKK terror group.

Up to 15,000 Syrian rebels are ready to join a Turkish military offensive against the US-backed YPG terror group in northeast Syria, but no date has been set for the operation, a spokesman for the main Turkish-backed Syrian rebel group said on Thursday.

President Recep Tayyip Erdogan said on Wednesday that Turkey will launch the military operation in a few days, targeting a border region east of the Euphrates river which is held by the YPG terrorists.

The US has been supporting the YPG terror group since 2015. US cites the YPG as an ally in the fight against Daesh. Following cross-border shelling from Turkey into YPG-controlled territory two months ago, US forces have set up three military observation posts near the border.

Turkey has long criticised US cooperation with YPG. Turkey says that the YPG is the Syrian branch of the PKK, an organisation recognised as a terror group by Turkey, the US, and the EU.

The spokesman for the National Army, a Turkish-backed rebel force aimed at unifying disparate factions in northwest Syria, said on Thursday that there was no set date for the operation, which will start from both Syrian and Turkish territory.

"The battle will be launched simultaneously from several fronts," Major Youssef Hamoud said.

"It will be in Manbij and Tel Abyad and Ras al Ayn," he said, referring to towns about 200 km apart near Syria's northern border.

Hamoud said the operation from Turkey may begin a few days before the move from within Syria.

A possible mission east of the Euphrates, which Turkey’s leadership has been suggesting for months, would follow two successful cross-border Turkish operations into Syria since 2016 – Operation Euphrates Shield and Operation Olive Branch.

These operations looked to eradicate the presence of YPG/PKK and Daesh terrorists near Turkey’s borders. 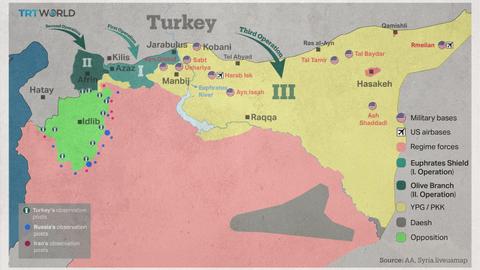 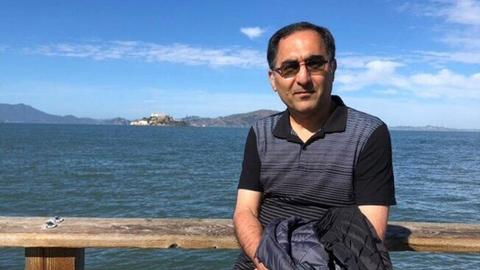