More than 20 people have also been wounded in the attack that targeted a busy vegetable market in the Syrian town of Afrin, that has frequently been targeted by YPG attacks.

At least eight people were killed and more than 20 people injured as twin blasts struck a market place on Sunday in northern Syria's Afrin town,  a region that the Turkish Armed Forces and the Free Syria Army had liberated from the YPG terrorist group earlier this year.

The Syrian Observatory for Human Rights said the explosion killed eight people and appeared to have been caused by a car bomb. The death toll of the attack is feared to rise, according to the Britain-based war monitor.

An explosives-laden vehicle was detonated in a busy vegetable market in the town of Afrin.

Images of the attack showed small fires and damaged vehicles at a busy market in central Afrin. Vegetables and other merchandise littered the ground, as sirens rang out and rescuers searched for casualties.

Security forces cordoned off the area following the blasts and the wounded were rushed to nearby hospitals.

Civil defence teams began to clear the debris as some shops were damaged in the explosions.

No one has claimed responsibility of the attack but YPG terrorist group, the Syrian branch of PKK has carried out attacks in the area in the past.

Meanwhile, a car bomb was detected in Afrin's Villalar Street and it was later destroyed by bomb disposal teams.

The Turkish military immediately retaliated the attack on its troops, according to a statement by the Turkish Defence Ministry.

Earlier, seven civilians were killed and 49 more were wounded in attacks in Azez and the Euphrates Shield region on December 12 and 13.

President Recep Tayyip Erdogan on Wednesday had said that Turkey would be launching a military operation in a few days, targeting a border region east of the Euphrates river which is held by YPG terrorists.

Ankara and Washington have long been at odds over Syria policy, where the US has backed the YPG, Syrian wing of the PKK, which is recognised as a terrorist organisation by both Turkey and the US.

The PKK terror group is also active in northern Iraq. It uses the Sinjar region, which connects Iraq-Syria logistical lines, to transport terrorists and weapons to Syria.

In its more than 30-year terror campaign against Turkey, the PKK, listed as a terrorist organisation by Turkey, the US and the EU, has been responsible for the deaths of some 40,000 people, including women and children. 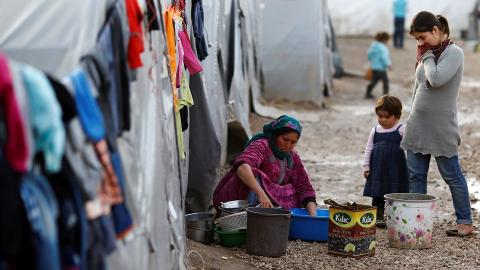