The council halved the number of crossings and length of authorisation to avoid a Russian veto.

The UN Security Council voted Friday to renew cross-border aid to Syria but under pressure from Russia it scaled back a program that has been helping millions in the war-ravaged country since 2014.

The assistance is now being prolonged for six months and deliveries will be made from only from two points along Syria's border with Turkey.

After a series of concessions by Western countries since late December, a resolution extending the aid was passed by 11 votes in favour and four abstentions: Russia, China, the United States, and Britain.

Until now, the aid had been extended yearly and deliveries were made from four points along the border. The existing mandate was to expire Friday.

Belgium and France expressed disappointment over the scaling back of the aid.

Russia, a key backer of Syrian regime leader Bashar al Assad, saw international authorisation of cross-border aid shipments as "breach of sovereignty, and that is a reality," a western diplomat said.

This diplomat said Russia wanted to force recognition that Damascus had largely retaken control of territory inside Syria a year ago, admitting that Moscow was in a "strong position" in the face-off with western countries.

The western concessions to Russia keep the program alive but on a reduced scale.

The aid is vital for almost three million Syrians living in the northern Idlib region, where fighting and bombardments have increased in recent weeks.

The resolution extends cross border aid until July 10. It does away with two entry points, one along the border with Turkey and the other on the frontier with Iraq. The latter helped 1.3 million people in northeast Syria.

At the insistence of Germany and Belgium, the council asked Secretary-General Antonio Guterres to compile a report by the end of February on finding an alternative to the aid spot on the Iraqi border, which is the town of Al Yarubiyah.

On December 20, Russia — backed by China — vetoed a proposal to extend aid for a year from three border spots: two along the border with Turkey and the Iraqi one.

US Secretary of State Mike Pompeo described the Russian and Chinese veto as "shameful" and told Moscow and Beijing "you have blood on your hands."

Washington's negotiating position had been less than subtle however, one diplomat told AFP, starting out with a demand for five crossing points that could be bargained down to its desired number of three, then two.

The US also wrongly assessed that Moscow would not resort to a veto, which it did, the same source said.

The British ambassador to the UN, Karen Pierce, said the council's vote Friday let down the people of Syria.

The UN Office for the Coordination of Humanitarian Affairs said Friday four million Syrians are being supported by cross-border operations, 2.7 million of them in the northwest and another 1.3 million in the northeast.

Amnesty International said in a statement Friday that the aid shipments were vital to people living in the northern region of Idlib, close to the Turkish border, which has been subjected to renewed fighting and bombardments recently.

"Cross-border delivery of humanitarian aid has offered a lifeline for millions of civilians in northern Syria, who for years have suffered as a result of severely limited access to basic services such as clean water and vital health care," said Lynn Maalouf, Amnesty's Middle East research director. 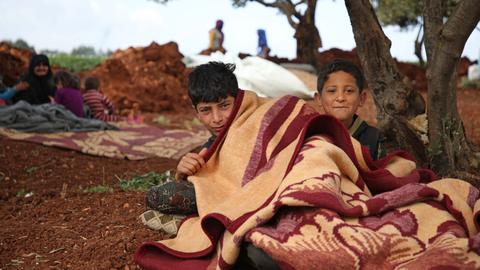 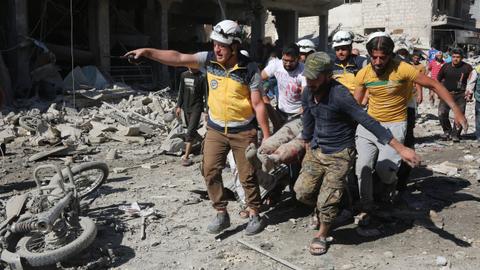