The Saudi-led coalition, which has been fighting the Iran-aligned Houthi rebels in Yemen, said it will respond firmly to the projectile attack targeting an airport in the kingdom's south-west.

The statement by the Saudi-led military coalition in Yemen said a projectile hit the arrivals hall at Abha airport, causing material damage. Three women and two children were among the wounded, who were of Saudi, Yemeni and Indian nationalities, it said.

Eight of those wounded at Abha airport were admitted to hospital, the other 18 were discharged after receiving first aid.

The coalition, which has been fighting the Iran-aligned Houthis in Yemen, said it would make a "firm" response.

The Houthi-run Masirah TV earlier said the Houthi group had launched a cruise missile attack on Abha airport, which is about 200 kilometres north of the border with Yemen and serves domestic and regional routes.

"Targeting Abha airport proves that the Houthis have obtained advanced weapons from Iran," the coalition statement said, saying the attack could amount to a war crime.

On May 23, the Houthi movement said it launched a drone attack on the airport of the Saudi city of Najran near the Yemeni border. Saudi Arabia said the drone was intercepted and destroyed by the kingdom’s air defences.

The attack followed an armed drone strike on May 14 on two oil-pumping stations in the kingdom that were claimed by the Houthis.

Saudi Arabia accused Iran of ordering the attack, a charge that Tehran denies.

A Houthi military spokesman on Tuesday threatened that the group, which has been battling the Saudi military alliance in Yemen for four years, would target every airport in Saudi Arabia and that the coming days would reveal "big surprises".

The war in Yemen has ravaged the country, pushing it to the brink of starvation as the United Arab Emirates and Saudi Arabia back Yemen's Hadi administration in a battle against Houthi rebels. 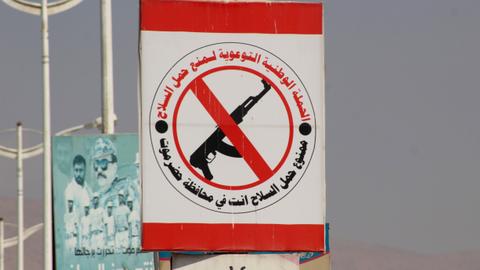