Biden doesn’t get to use our money as ‘aid’

This is not aid. This is the mass punishment of ordinary Afghans over the US’ political rivalries.

I remember visiting my village in Nangarhar, Afghanistan, in 2011 and stopping by two farmers in their 50s in the wheat fields. This was after the surge, when the US had deployed an additional 30,000 troops in Afghanistan, and the annual cost of the war had reached over $100 billion. Ten years had passed since the 9/11 attacks, and the Americans were sliding into an uncertain tunnel, with no sign of light at the end.

I asked one of them, a powerfully built man with prominent cheekbones: “Do you know why the Americans are here?”

With a dull smile, exposing the wrinkles around his face which indicated poverty and hardship, he said: "I don't know. I guess they like Afghanistan; it has fertile land."

"Do you know who was responsible for destroying the twin towers in New York in 2001?" I then asked, trying to understand how a farmer in a remote village would make sense of the US invasion.

"I don't know where New York is. Maybe the Americans would know."

How much would the Americans know? Afghans had nothing to do with 9/11. Nor would most Afghans be able to explain why the Americans had occupied their country for 20 years.

Yet, the Biden administration has still decided to split Afghans’ own money between “humanitarian aid” for the country and compensation for the victims of the 9/11 attacks we were not part of.

This is an oppressive and tyrannical move to dismantle Afghanistan's economy and inflict harm on 38 million Afghans.

The US has spent over $2 trillion on the war in Afghanistan over the last 20 years. But ordinary Afghans have seen little of it other than in the form of tens of thousands of bombs raining on them or ill-planned and executed, and ultimately, failed reconstruction efforts. Nearly a quarter of a million people have died as a direct result of the war, not including death by disease, poverty, and other factors related to the invasion.

Today, the country is on the brink of famine, with 3.2 million children malnourished. Breastfeeding mothers are starving and are facing lactation insufficiency. The World Food Programme said 23 million Afghans don't know where their next meal will come from.

In September last year, just weeks after the Taliban takeover,  Afghan analysts warned the international community that Afghanistan would drift towards extreme poverty and starvation if sanctions were not lifted and Afghanistan's central bank assets were not released to address the liquidity crisis. Afghan experts raised their voices against the punishment of ordinary Afghans over the US’ political rivalries.

And so, Afghans beg for a sack of flour and beans every week.

Just days before Biden decided to split the frozen reserves of the Afghanistan central bank (DAB), the president of the International Rescue Committee (IRC) told the US Senate Foreign Relations Subcommittee: "Sanctions, which are meant to be on the Taliban, have, in fact, chilled almost all economic activity. While those in power in Afghanistan have much to answer for, it is these policy choices of the international community that are the proximate cause of the crisis we face today."

He added: "Business as usual will mean that a starvation crisis kills more Afghans than the past 20 years of war."

When a group of Afghan activists, including myself, started #UnfreezeAfgMoney – a social media campaign to call upon the US and EU to unfreeze DAB assets – four months ago, we made it clear to all parties that the frozen reserves ($9.5 billion) of the DAB should strictly be administered by the enacted laws and regulations of the institution. In other words, it is not meant for government spending but liquidity management in Afghanistan.

It is expected that the unfreezing of the assets will address the liquidity crisis, revive the banking system and eventually the economy, and, most importantly, regain people's trust in the banking sector, so it doesn't collapse.

Far from “address[ing] the humanitarian and economic crisis” in the country, Washington is targetting the backbone of the banking sector.

It is going to have catastrophic consequences. This is essentially giving back Afghans their own money as “humanitarian assistance” while throttling the economy. Spending DAB reserves on food or salaries will make the Afghani currency a worthless piece of paper and destroy the banking sector hanging by a thin thread.

Imposing sanctions and starving one million children to death is a blatant vengeance by the US after its withdrawal from Afghanistan.

In contrast, the UN and international humanitarian organisations called for reviving the role of DAB to stabilise the economy, contain skyrocketing inflation rates, and prevent the Afghani currency from further depreciation.

The UN Secretary-General told the Security Council last month: "We must pull the economy of Afghanistan back from the brink. This means finding ways to free-up frozen currency reserves and re-engage Afghanistan's Central Bank. International funding must be allowed to pay the salaries of public-sector workers."

"There are no sustainable workarounds that try to bypass the Central Bank and create parallel, shadow systems. No private bank could effectively take on this role," said the president of IRC.

This bizarre logic of the international community to suspend development projects that are almost complete, deprive people of their livelihoods, push them towards poverty, and then divert the same funds from development to humanitarian aid to alleviate poverty has been puzzling to say the least.

Many Afghans didn’t know about the 9/11 attacks or why the US invaded and bombed them for 20 years. Still, this time, even the villagers, including the two farmers in my village, understand that the US is punishing them with hunger and sanctions by targetting commercial activity and suspending ongoing development projects.

But there is still time. The Biden administration must revisit this decision and consider various ways proposed by experts to re-engage the central bank of Afghanistan to prevent the total collapse of Afghanistan's economy. Mohsin Amin is a Policy Analyst and Researcher from Afghanistan. 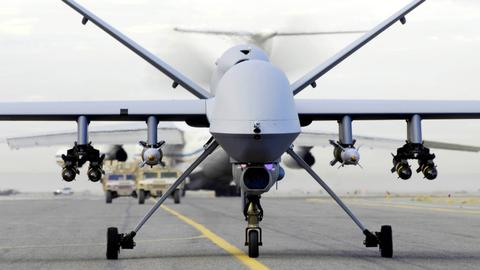