Azeem Rafiq’s testimony came as no shock to many British South Asians who have been on the receiving end of racism and abuse — in sport and otherwise — for decades.

Azeem Rafiq made his senior debut at the age of 17, playing professionally for Yorkshire County Cricket Club. At one point, he wanted to play for England but his negative experience at Yorkshire dented that aspiration. In fact, he doesn’t want his son anywhere near the sport. That’s what racism can do to a person: crush their dreams and destroy something they once loved.

Azeem bravely articulated the impact of racism on his mental health during a parliamentary select committee testimony this week. Detailing the routine racism, bullying, and harassment during his time playing for Yorkshire County Cricket Club, his testimony was emotional and damning. Holding back tears, he spoke of the inhumane way he was treated by his club when his unborn son died. He recalled being pinned down as a 15-year-old while having red wine forced down his throat.

It’s impossible to watch that testimony and not feel deeply saddened and angry by what Rafiq endured. That feeling is particularly pronounced amongst many South Asians in the UK who have endured similar experiences, not just in cricket but in various spheres of life. Whilst many commentators expressed shock at the revelations, this came as no shock to many British South Asians who have been on the receiving end of such abuse for decades.

The routine racism that Azeem was repeatedly subjected to confirms what many of us already know — that cricket is a sport mired in the ugly swamp of racism and nowhere near enough has been done to tackle this issue.

More than a third of Black, Asian and minority ethnic cricketers say they have experienced racism in the game, according to a survey of professional players in England. The problem is widespread at all levels of the sport.

According to the England and Wales Cricket Board, South Asians in the UK make up a third of recreational players across the country, yet make up less than five percent of professional players. Alongside racist taunts and feelings of isolation, many have also struggled when it comes to progression at county level. There is a clear lack of development support for younger South Asian players.

Azeem Rafiq spoke of how British Asian representation in professional cricket had dropped by nearly 40 percent since 2010. Why has this come about? Has cricket suddenly become unpopular with South Asians?

Nothing could be further from the truth, considering how many actively play and watch the sport. According to Sport England, 2.6 percent of British Asians claim to have played cricket at least twice in the past month, compared with 0.5 percent of white British people. Many in the South Asian community watched the T20 World Cup with great enthusiasm.

But this enthusiasm dissipates quickly for many in the British South Asian community when they realise that they have to work twice as hard to achieve half as much as their white counterparts — not to mention their treatment.

There is clearly a problem at the very top when it comes to cricket. It comprises an elitist culture that excludes and alienates individuals from marginalised communities.

In many of its spaces, a drinking culture is very prominent, which usually isolates many young British Muslims who feel uncomfortable in such settings where they are often the subject of ridicule. If they don’t join such gatherings due to religious reasons, they are depicted as unsociable and boring.

Closely tied to this drinking culture is a “lad banter culture” which normalises racial slurs as harmless banter. For South Asians, racism is neither a joke nor is it harmless. The “P- word” that many claim is merely an abbreviation actually has a violent history about which many are ignorant.

In other words, modern cricket simply does not represent modern Britain and therefore there is no surprise that the culture surrounding it is so outdated.

The traumatic experience of being on the receiving end of racism and having nowhere to turn is a familiar one for many ethnic minorities in the UK. The impact on an individual’s mental health as a result of such racial abuse cannot be overstated. Azeem Rafiq articulated this pain, detailing his own trauma and how his experience made him suicidal.

Ultimately, it is those at the top who set the tone. For far too long, cricketing authorities have allowed this hate to fester unchallenged. This needs to change and it needs to change fast. Azeem Rafiq’s testimony is a watershed moment. Nobody should have to endure what he went through.

Normally, an employee who racially abuses a fellow colleague will face severe disciplinary measures. On many occasions their employment will be terminated. Why should professional sport be any different? Thus far, Yorkshire Cricket has not taken any disciplinary action against its staff or players. Failure on the part of cricket authorities to take this issue seriously sends the signal that such vile hatred is acceptable.

Cricketing authorities should lead from the front and demonstrate the zero-tolerance approach that has so far been relegated to mere rhetoric in statements made years after such revelations come to light. For anti-racism to mean anything, it has to move beyond PR and be put into practice. Taj Ali is a freelance journalist. His work has appeared in the Huffington Post, Metro and the Independent. 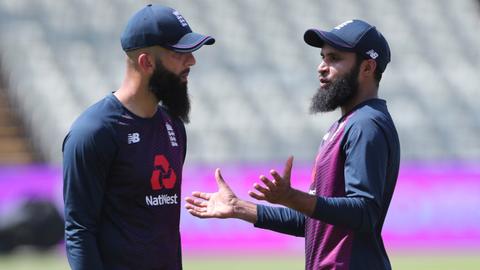