How Islamabad enabled the Sialkot lynching

Religious extremism is on the rise in Pakistan, and the state has played a key role in perpetuating the crisis.

When a mob killed and then set ablaze a Sri Lankan man in the Pakistani city of Sialkot on the allegation that he had committed blasphemy last week, it sent shockwaves across the country and around the world.

Despite the resolve exhibited by the government to bring the culprits to book after the incident, it is cold comfort to those who are cognisant of the political history of Pakistan.

The state has a long history of coddling religious groups to outmanoeuvre any opposition at home, apparently in a quest to secure myopic political interests with serious long-term security consequences.

The recent incident is directly linked to the intensification of religious extremism in Pakistan as a result of the rise of a far-right, religious political party, Tehreek-e-Labbaik (TLP). In videos circulating on social media, the mob is chanting the frightening slogans of TLP after burning the Sri Lankan man to death.

The extremist group did not appear out of the blue. Rather, it has been in the making since 2011 when its ideologues flooded the streets to condemn the Supreme Court’s decision to hang Mumtaz Qadri, who had gunned down the Governor of Punjab Salman Taseer after accusing him of committing blasphemy.

Just two weeks after the incident, Shahbaz Bhatti, the only Christian federal minister at the time, met the same fate for speaking out against the controversial blasphemy laws. The extremist group continued to flex its muscles due to the tacit, and often explicit, approval extended to it by the state apparatus.

Major religious parties had also warned the federal government that they would hold protests if the murderer was hanged per the ruling of the Supreme Court.

Pakistan Sunni Tehreek leader Mohammed Shahid Ghori believed that Qadri’s action of killing the governor of Punjab was “correct”. Even a member of the national assembly from the ruling Pakistan Tehreek-e-Insaf, asked for his release.

Rise of the TLP

The far-right group rapidly gained popularity among the masses when it announced a protest against a series of controversial caricatures of the Prophet Muhammad published in the French satirical magazine, Charlie Hebdo, back in 2017.

The group demanded the expulsion of the French envoy over the publications and the ensuing violent protests launched by adherents of the party brought Islamabad and many other major cities to a standstill.

The 2017 TLP-led Faizabad dharna protest was called off as a result of an army-backed secret deal, whose clauses have remained confidential to this day. The army was lambasted for distributing money and being sympathetic to the protestors, and Sheikh Rasheed Ahmad, who is now interior minister, was seen instigating the crowd against the then-government of Pakistan Muslim League Nawaz (PML-N).

Even Imran Khan, who is now the prime minister of Pakistan, had hinted at his supporters joining the sit-in by the group. Khan’s antipathy to the former Prime Minister Nawaz Sharif had compelled him to term the TLP protest as a democratic right of the people.

Altogether, the entire saga persuaded many that it was a pre-planned stunt to pressure the PML-N government.

The state’s unconditional bowing to the group resulted in its unbridled empowerment. The group went the extra mile to fan the flames of religious bigotry when the group’s leadership nearly convinced its devotees to launch attacks on state institutions for not complying with their demands.

As a result, the group’s head, the late Khadim Hussain Rizvi, was booked under sedition and terrorism charges at Lahore’s Civil Lines police station. Ironically, when Rizvi died in November 2020, both the prime minister and army chief expressed their ‘heartfelt condolence’ regarding his demise, reflecting how clueless the state appears in formulating a clear national security policy.

One lawyer and human rights activist highlighted how state officials deliberately kept information about the funding and bank account details of the TLP secret.

Initially, the group was accused of receiving funds from India, however, Khan announced later on that the objectives of TLP and his party are the same, raising many eyebrows.

The TLP is fast becoming popular and the Sialkot incident was just the tip of the iceberg when it comes to the intensifying religious bigotry inside Pakistan.

The TLP became the fifth-largest party in terms of votes in the recent general election. During a recent episode of violence over the Charlie Hebdo cartoon in October, TLP again demanded the expulsion of the French ambassador to Pakistan.

Prime Minister Khan first announced that the leaders, as well as workers of TLP, would be treated as militants and dealt with harshly, but ultimately, the government capitulated to the group and made an agreement with the party - the details of which are yet to be made public.

However, after the agreement, the government has shown its continued lenience towards the group, as the many arrested workers of TLP and its leader are being set free. By doing so, the government hopes to cling to power amidst the rising popularity of the far-right and in the face of an establishment that seeks to undermine civilian governments by supporting religious groups

But stoking the fire of religious extremism through propping up far-right political parties will only exacerbate the security landscape of a country already grappling with the decades-old scourge of sectarianism and terrorism.

Now the state has gone into a secret agreement with the TLP and announced to covertly engage the Tehrik-i-Taliban Pakistan (TTP) in talks, a banned terrorist organisation that is reportedly resurging after the Afghan Taliban’s ascendance to power in neighbouring Afghanistan.

The government’s underhand dealings with extremist groups without due consideration and feedback from the opposition and civil society do not augur well for the lasting peace and security of the state.

Pakistan now faces a challenging scenario. With extremism on the rise, society is on its way to becoming further brainwashed by those outfits and incidents like Sialkot could become commonplace.

The tendency of the state to hold secret talks with extremist outfits without learning a lesson from the past is inimical to its democratic values. Such initiatives can provide these groups with breathing space to emerge as a formidable force later on.

The state appears to be at sea in tackling the emanating threat posed by religious extremists who are thriving with the connivance of those in power. 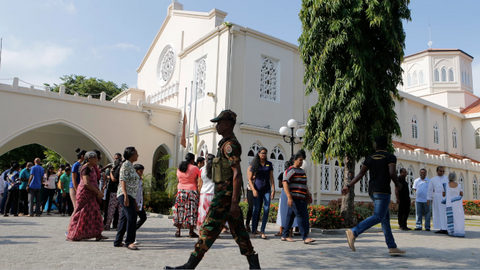